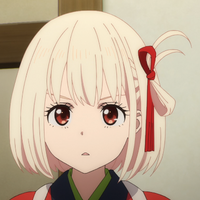 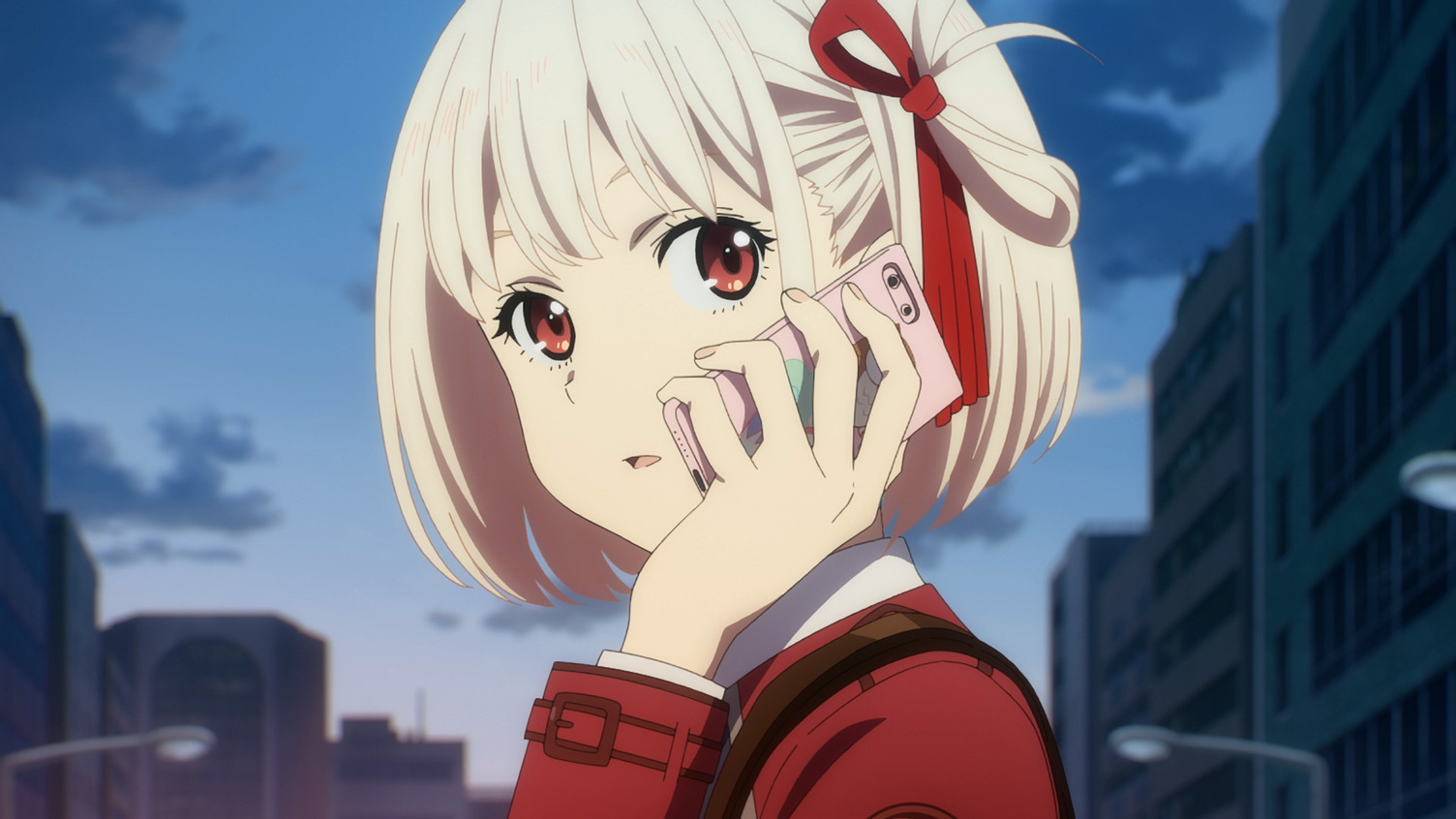 Action series protagonists are often typecast into a certain kind of role. They’re the brooding, tough-as-nails, take-no-prisoners kind of character who will occasionally rely on comedy or charm to fit in when they have to. It’s something we’ve become accustomed to when watching series in this genre, but Lycoris Recoil’s Chisato takes things in a different direction — nothing about her happy-go-lucky appearance screams “main protagonist of an action series.” Why would the series shift the idea of its protagonist in such a way, and does it end up working within the confines of the show?

On paper, you’d look at her partner, Takina, as the prototypical action character. There’s an air of mystery surrounding her and she’s more likely to keep to herself instead of openly chatting with her teammates. This becomes a problem when she’s willing to defy orders and put one of her Lycoris teammates at risk in the very first episode which is, ironically, something else you might expect from an action protagonist. 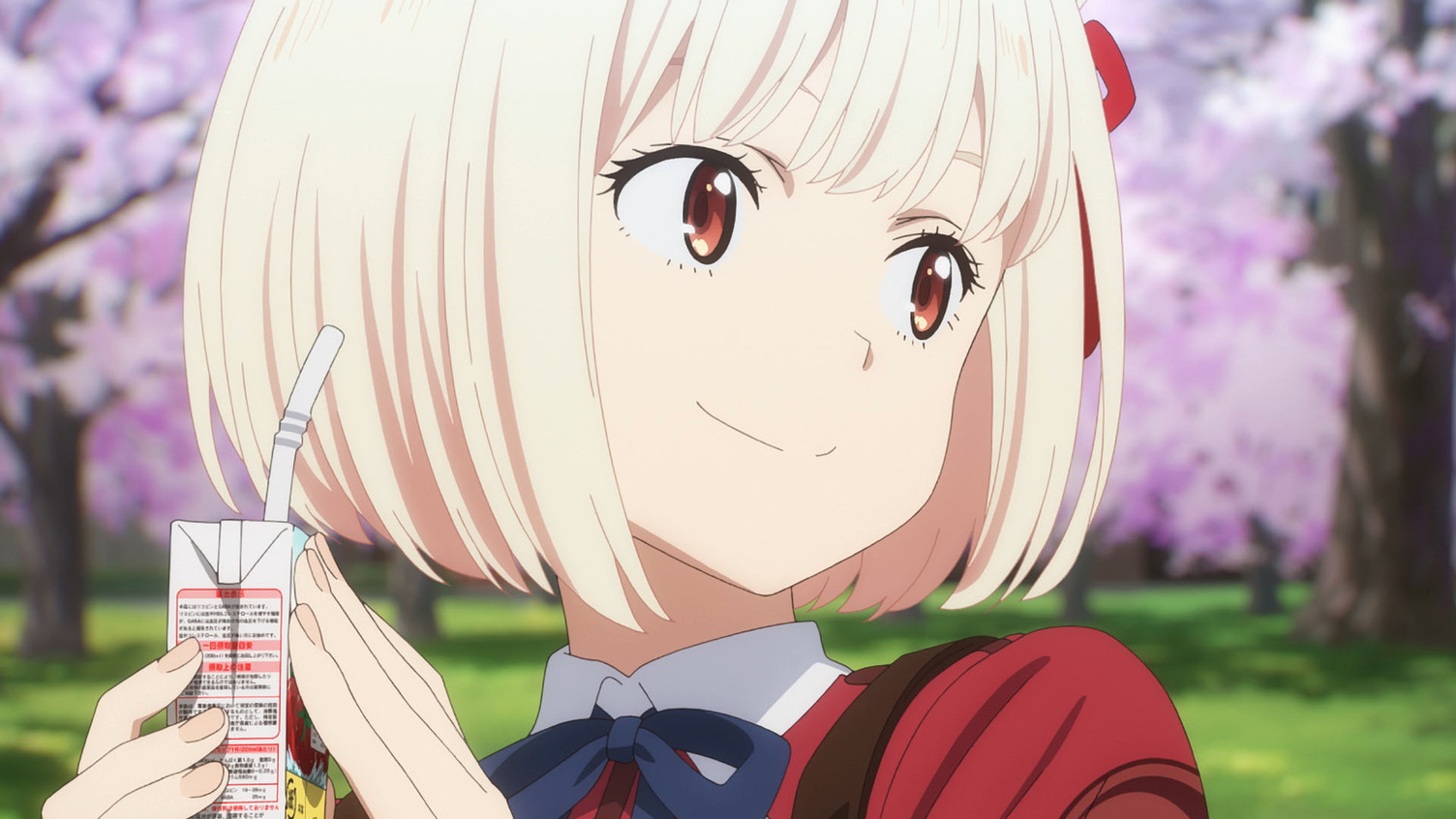 Takina is the very definition of what a Lycoris should be — minus the part about disregarding orders. Lycoris are assassins who are meant to blend into society and take out their targets without anyone noticing so everyone can live peacefully. That’s why they wear school uniforms, because as the show describes, who would think anything was out of the ordinary with a student? Even though Takina gets into a lot of hot water for her actions in the first episode, her combat skills are top-notch, making her a force to be reckoned with.

Pairing her with Chisato seems like a recipe for disaster considering how much they differ. Chisato is much more free-natured and bubbly while Takina is serious and straight-laced. Despite her easy-going persona, Chisato would be considered a better combat specialist than Takina given how she can evade bullets. Having an artificial heart has made her more adept at fighting, and it’s also given her a “mission” she needs to figure out at some point. 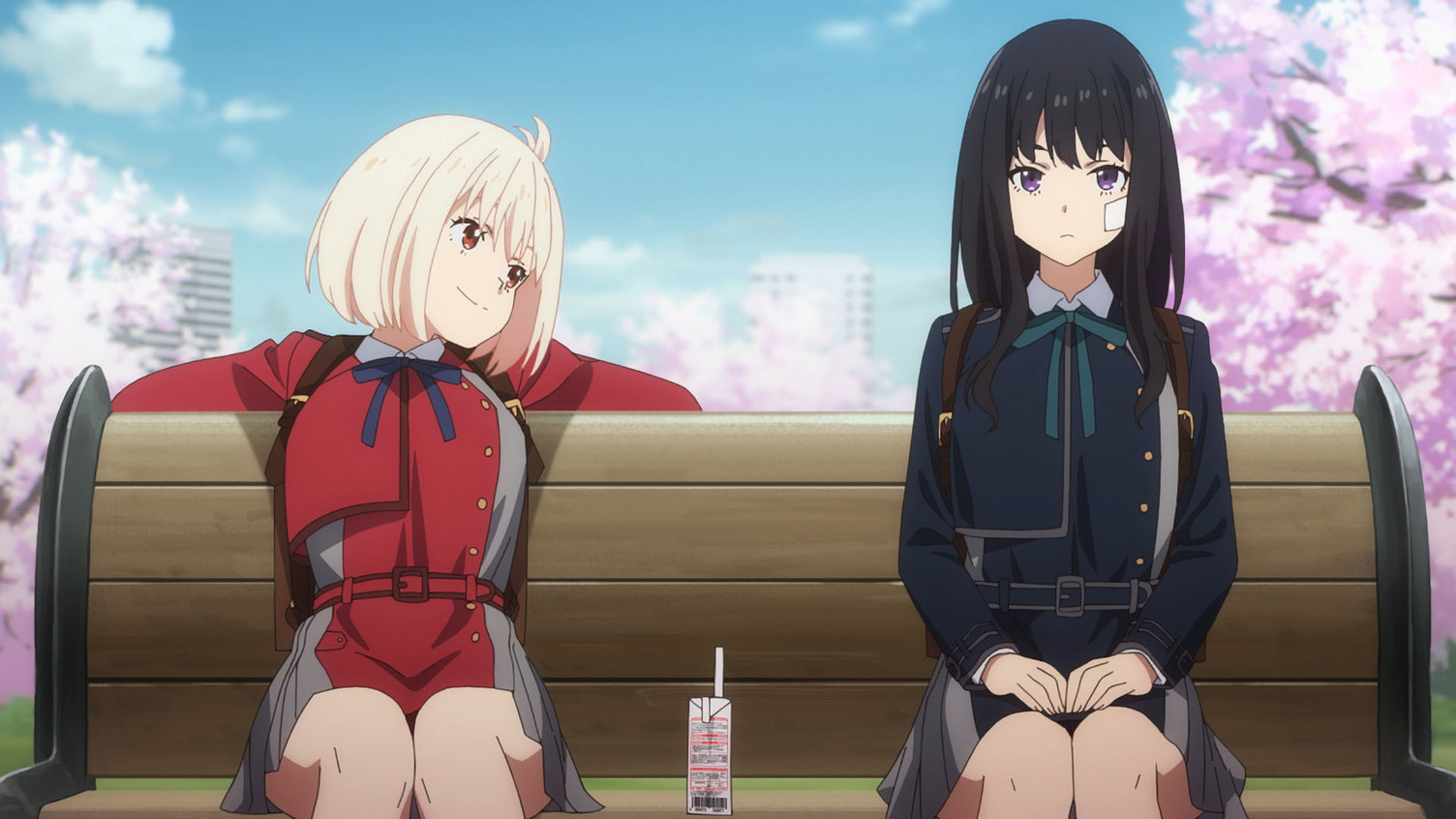 The pair differ even more when it comes to how they approach combat. Chisato is intent on not killing or causing grave injuries to her enemies. She uses rubber bullets and takes the time to make sure people are OK if they’re injured. This makes her more visible to her targets, which is not how a Lycoris typically behaves. A Lycoris is supposed to operate from the shadows and doesn’t care at all about their enemy’s condition after a fight.

Chisato does things on her own terms — and those terms are in direct conflict with what she’s supposed to be. This adds an intriguing element to her character, especially when you think about the advantages she has.  It’d be easy for her to completely overpower any enemy she comes across, but she’s decided to be empathetic instead of being a destroyer. That’s what you’d expect from the quintessential action star, but again, Chisato breaks that mold. 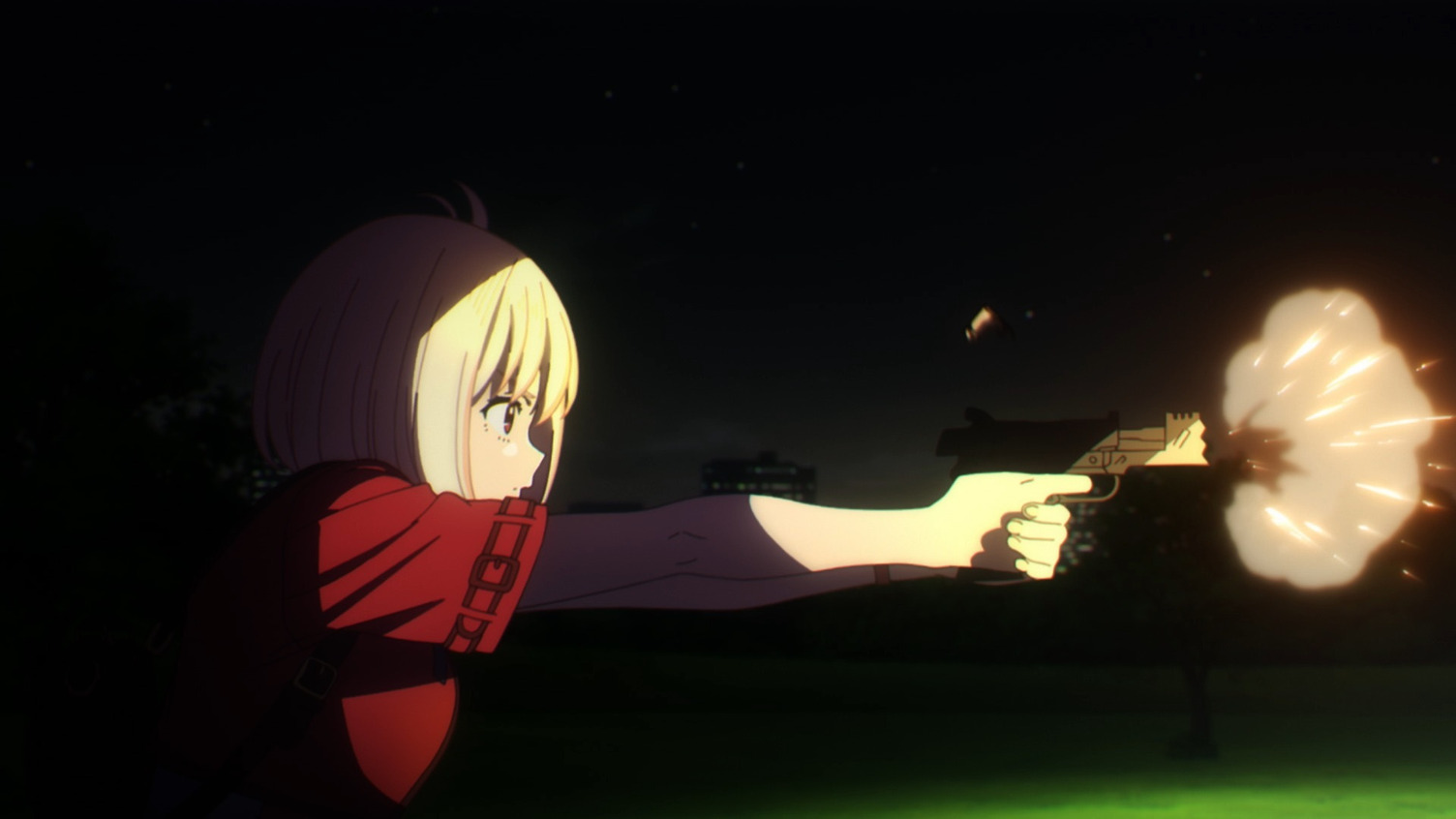 In the sixth episode, Chisato gets kidnapped and isn’t able to fight to her fullest. She’s beaten and even blinded by her enemies, but throughout all of that, she doesn’t try to fight in a way that would be advantageous to her, such as using more lethal techniques to truly take out a lot of the enemies that are surrounding her, which would mean taking Majima — the man behind the recent terrorist attacks aimed at taking out Lycoris — out for good. Luckily she’s saved, but even in such a terrible situation, she fights how she normally would and doesn’t change her ways.

RELATED: Lycoris Recoil Anime Spin-Off Novel Gets Reprinted Before Publication Due to Demand

Chisato’s ideology has a positive effect on Takina. Chisato’s way of doing things helps Takina break out of the Lycoris mold that she’d been in. She gains a new perspective on how she should tackle missions and is able to see that the objective doesn’t have to be purely elimination. Thanks to Chisato, Takina begins to open up instead of being strictly cold and calculating. Without Chisato, it’s hard to see where Takina could have ended up after her dismissal from DA after putting her teammates in danger during the first episode. Takina was incredibly lost because being a Lycoris had been her life up to that point and now that had been taken away from her. She’s now found a new path in her life thanks to Chisato and the empathetic nature of Chisato is slowly starting to rub off on her. 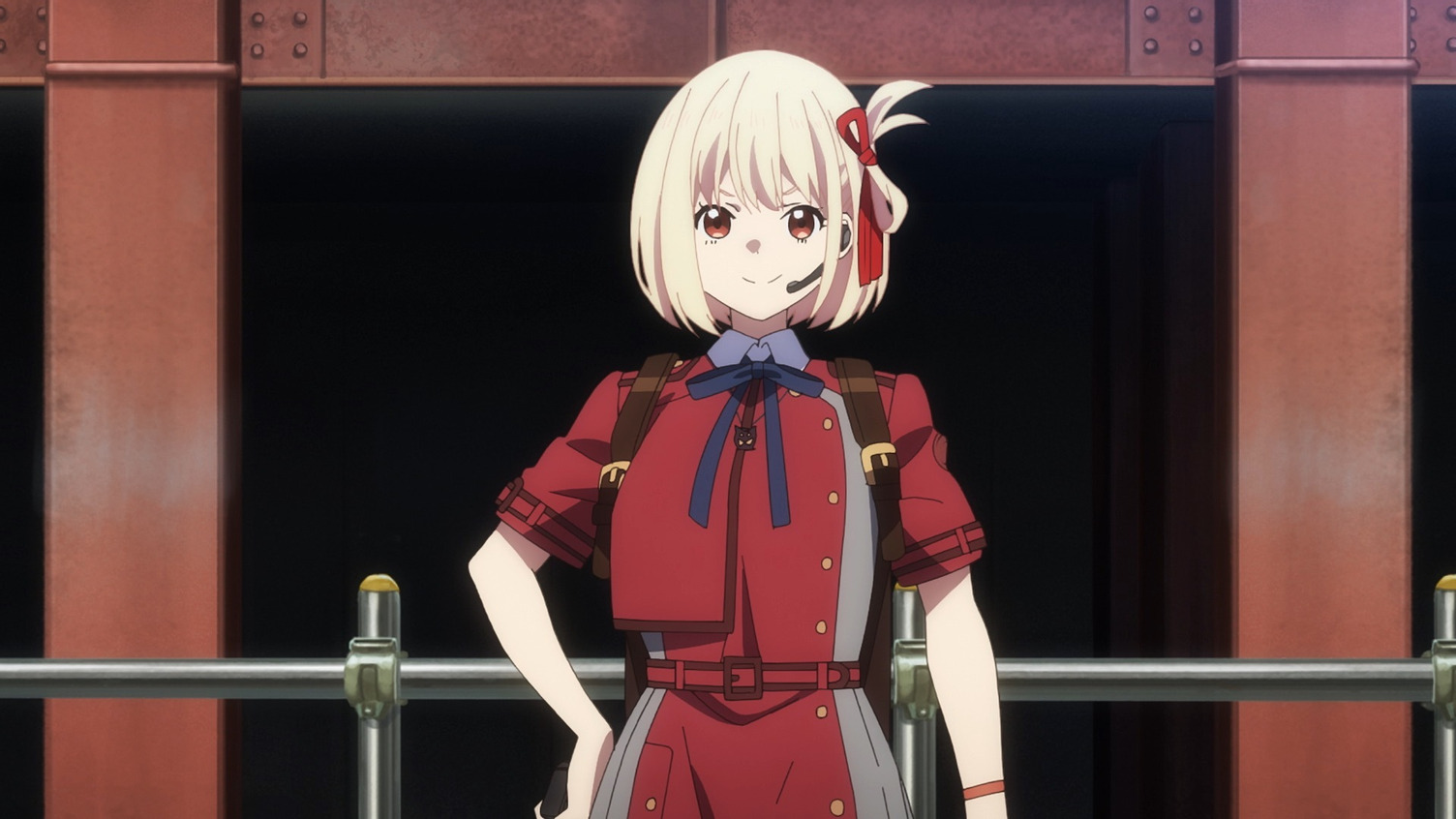 Having Chisato be a more empathetic action protagonist takes an already fun show and makes it far more intriguing as a whole. Lycoris Recoil could’ve easily played out like most action series do, but to take it in this direction allows for a different kind of story. Despite her “assassin” label, Chisato’s able to spread joy and humanity to other characters like Takina who normally wouldn’t be able to have such a gift. I’m sure as the series progresses there will be enemies who try to exploit this side of Chisato, but she’s shown that no matter the circumstance, she’ll still look at whoever’s against her as not just a person to get rid of, but as a fellow human. That’s why she’s able to make this show so intriguing, with how she’s able to tackle the morality of the series given how she views her opponents as humans and not just objects in her way.

Tags
lycoris recoil
« Previous Post
Go Behind the Scenes of Drifting Home with Director Hiroyasu Ishida
Next Post »
Office Romcom Uchi no Kaisha no Chiisai Senpai no Hanashi Gets TV Anime
Other Top News
0 Comments
Be the first to comment!
Sort by: