FEATURE: BORUTO is a Successful Return to the Small-Stakes Thrills of Early Naruto

Let's break down the unique appeal of Naruto's successor! 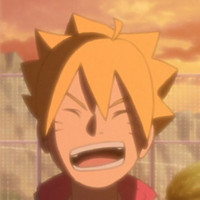 As part of my house’s ongoing journey through the anime of our youth, we recently barreled through the entirety of the original Naruto. This was actually my first time watching through the show’s conclusive war arc, and by the end, I actually found myself feeling somewhat nostalgic for the show’s early material. There’s just something about the atmosphere of the Hidden Leaf Village at the start of Naruto, a sense of joy and discovery that made it easy to believe in the lives of its many interesting inhabitants. I don’t need the fate of the world to be at stake to invest in a story, I just have to believe in the emotions and circumstances of the characters within it; in fact, I often find it’s the smaller-stakes stories that actually hit me the hardest. It turns out, Naruto’s follow-up BORUTO: NARUTO NEXT GENERATIONS basically read my mind, offering precisely the perspective on this series I’d always been craving. 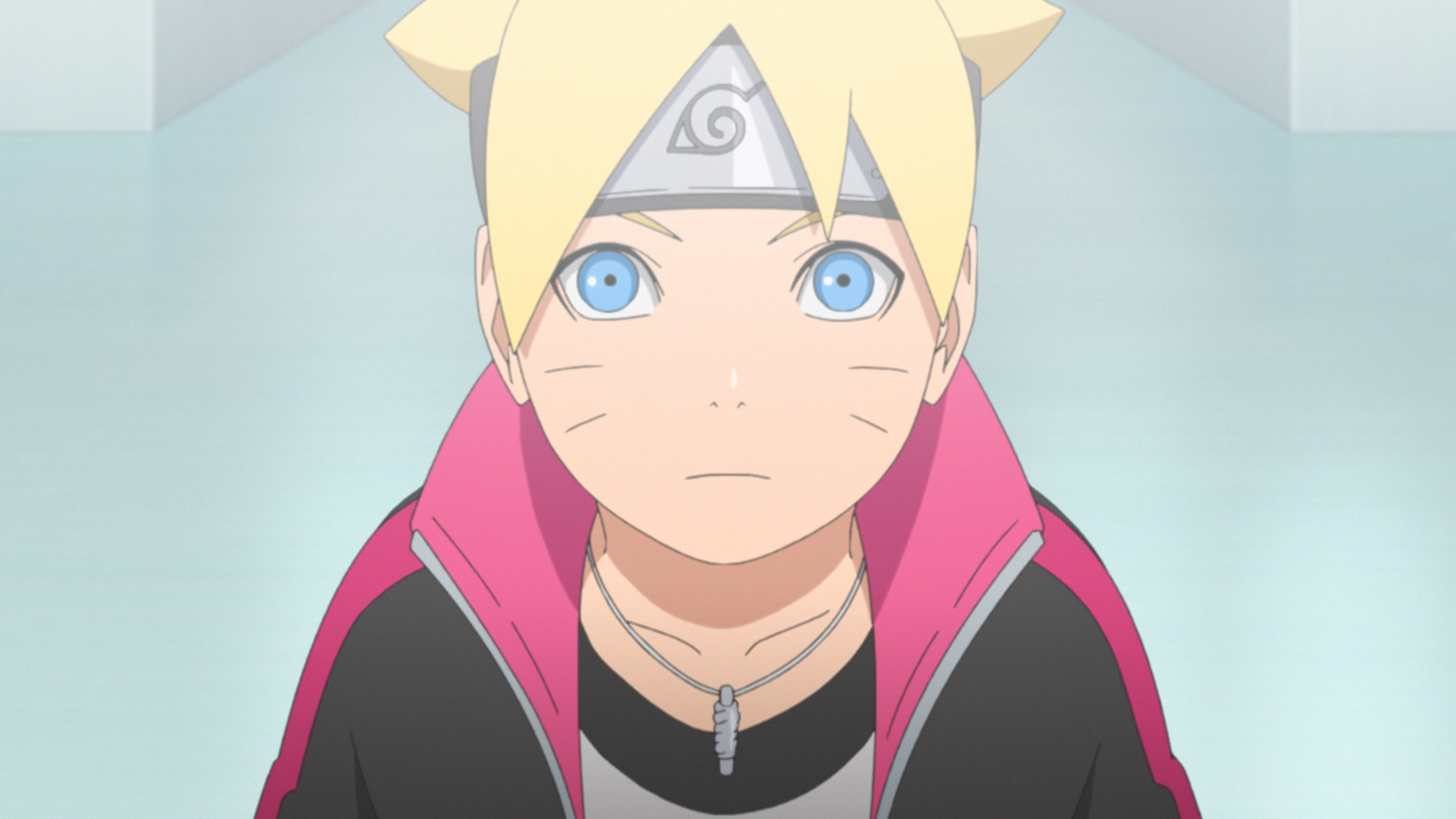 Even the base differences in these shows’ protagonists demonstrate their unique frame and focus. Naruto is a boy who has been shunned by everyone, meaning every step he takes toward success or community is an earth-shaking revelation. His story is insular because his life is insular; he has to fight for recognition every step of the way, slowly gaining allies and validation. It makes sense, then, that his journey hews closely to his own personal experiences, largely sticking to the adventures of Team 7 until he reaches the Chunin exams.

In contrast, Boruto is a boy who has everything, the naturally gifted son of the world’s greatest hero. You might think it’s difficult to create satisfying challenges for a protagonist with such advantages, but in truth, Boruto’s position actually facilitates an entirely new and equally compelling set of hurdles to overcome. The shift, as is the case for many of these changes, largely comes down to dramatic volume. While Naruto had to contend with demon beasts and total abandonment, Boruto must deal with conflicts like the classic stumbling blocks of “gifted children.” Boruto lacks either humility or conviction; he’s slacked his way through life in defiance of his father, assuming his natural gifts will always redeem him. He is proud yet brittle, self-righteous yet utterly without experience, and all of these qualities end up costing him dearly, forcing him to slowly unlearn the arrogance attendant in being “the boy who has it all.” 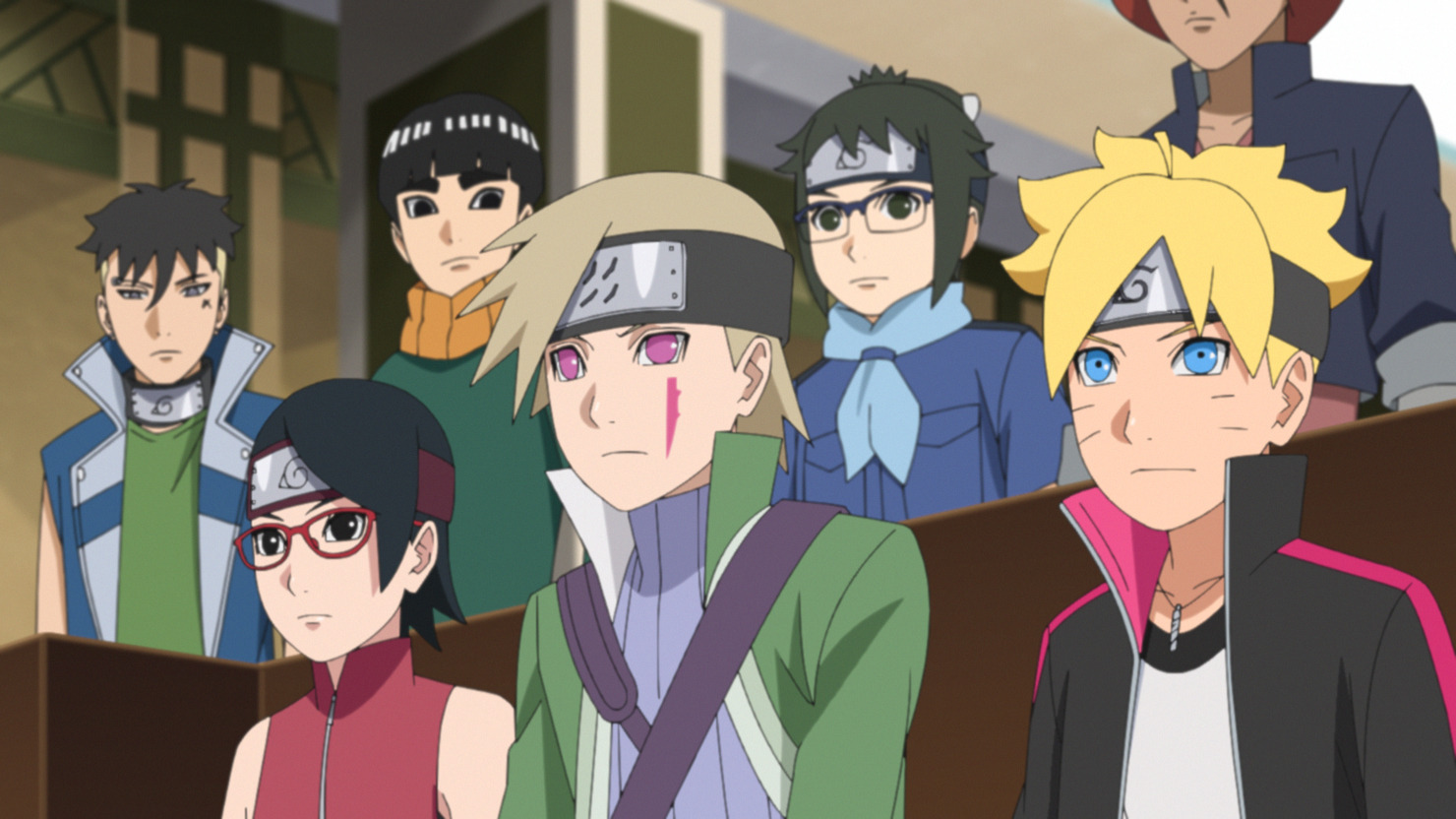 Of course, as a self-confident and gregarious young man with cool ninjutsu powers, Boruto has little of Naruto’s difficulties in making new friends. This too might seem like it’d dampen the show’s capacity for conflict, but instead, it facilitates a genuine ensemble approach to the show’s early conflicts. The initial hook of “don’t you want to meet all the kids of the old Hidden Leaf ninjas” swiftly transitions into a sense of genuine community among the young ninjas as they all collaborate as equals on a variety of low-stakes adventures. Wisely, the show picks up on Boruto and his classmates while they’re still in ninja academy, long before their three-man teams are decided. As a result, characters like Choji’s daughter, Chocho, and Shimakaru’s son, Shikadai, establish both dynamic personalities and unique bonds with Boruto and the others long before they’re called into combat, making the show’s emotional drama that much stronger.

This fresh complexity of personal drama also extends to the heroes of the original Naruto. The conflicts of Naruto’s youth required him to gain immense physical strength and strong, reliable allies, but they did little to prepare him for the hurdles of simultaneously managing a rapidly evolving community and tumultuous home life. Boruto genuinely dislikes his dad and is not wrong to. Naruto’s lack of a traditional childhood means he has few models for interacting with his children, meaning he often finds it easier to remain buried in work than to engage with his son. The show’s exploration of these family dynamics frequently offers its most poignant and powerful moments, demonstrating a nuance of characterization and sympathy toward failure that actually makes Naruto feel more human than ever. 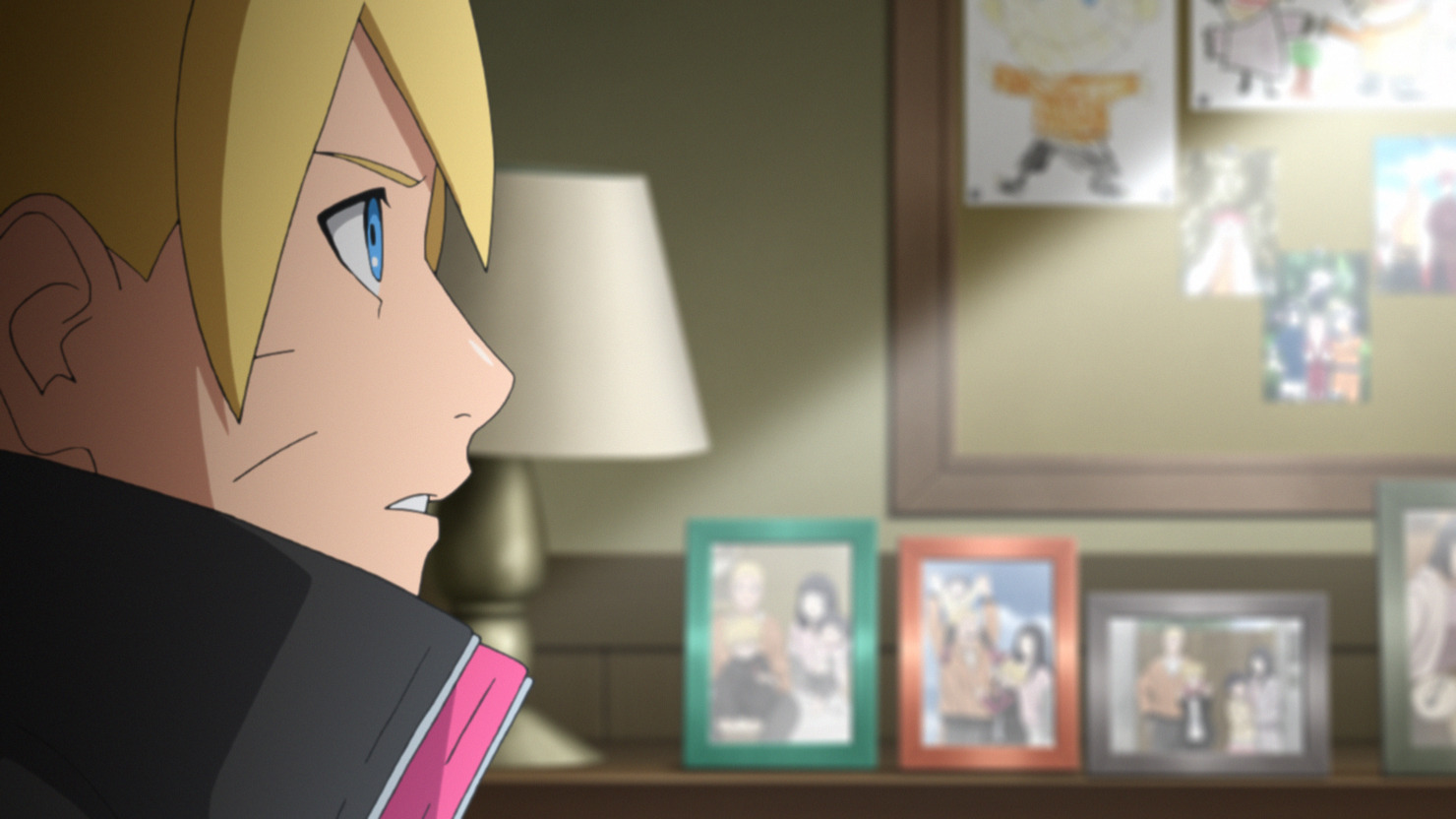 As Naruto grows in complexity, so does the village around him. With the Hidden Leaf experiencing a massive technological and economic overhaul, the actual experience of living in this village feels multifaceted and tangible, whether you’re spearheading a ramen shop’s expansion into a full franchise or losing your job and security to the merciless gears of economic churn. There is no longer an informal line being drawn between the Hidden Leaf’s military and mundane communities. In a time of peace, it is impossible for characters like Boruto to ignore their complicity in supporting one particular formation of society with its own winners and losers. With more time spent in the village and more non-ninja characters in attendance, BORUTO expands its nuance of characterization to the Hidden Leaf as a whole, presenting the village’s evolution as a source of consistent moral ambiguity, and never forgetting how Boruto’s charmed upbringing leaves him with massive blind spots regarding justice and society.

All of these adjustments to the Naruto formula have made BORUTO a fascinating watch and a remarkable companion piece to the original series for me. By slowing down the pace and reducing the stakes, BORUTO has brought the key elements of its young ninjas and the community they inhabit into sharp focus while still offering adventures that celebrate the vibrance of youth and the thrill of discovering your own potential. My favorite Naruto has always been early Naruto, and BORUTO expands on the appeal of that era in all sorts of fascinating ways. If diving into the daily tempo of life in the Hidden Leaf intrigues you, I urge you to give it a shot.

Nick Creamer has been writing about cartoons for too many years now and is always ready to cry about Madoka. You can find more of his work at his blog Wrong Every Time or follow him on Twitter.

Tags
naruto, boruto: naruto next generations, boruto
« Previous Post
The Gang's All Here for D4DJ All Mix Anime Key Visual
Next Post »
Crunchyroll Invites You to Hang Out on Its Official Discord Server!
Other Top News
7 Comments
Sort by: