For those of us who scare easily... 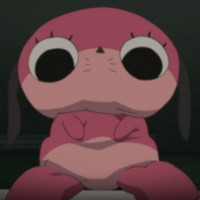 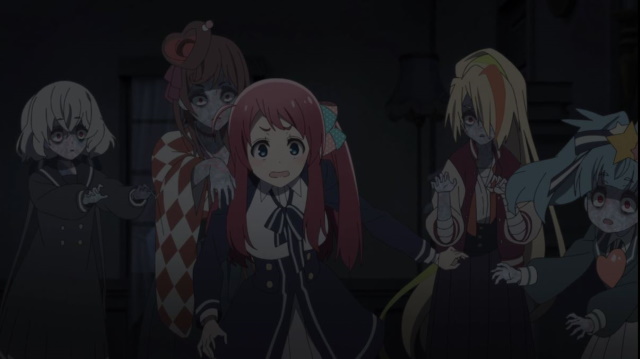 Pumpkin season is here! It may be the time of fall leaves, Halloween, and everything spooky, but not everyone is a fan of monsters, ghouls, and spooky happenings — be it in anime or otherwise.

While I love anime about ghosts, ghouls, monsters, and all sorts of unexplainable happenings, I also tend to scare easily. So easily, in fact, that the rule in my house is that we watch scary anime and read scary manga at other people’s houses and not ours (sorry, Mom!). You don’t want to be scared of your own house, after all.

If you’re like me and may not exactly be looking forward to a season filled with super-scary anime (or if horror isn’t your thing at all) don’t worry, I’ve done the hard work of sorting through dozens of spooky anime so you don’t have to! There are tons of horror and horror-adjacent anime you can watch with your horror-loving partner (or BFF or roomie) this Halloween season, so without further ado, here are five anime that have all the horror elements your partner will love along with plenty of other genres and subgenres for you to enjoy! 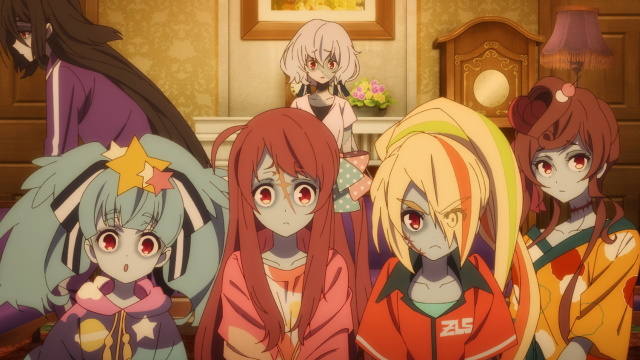 Zombies are one of the most instantly recognizable horror monsters so it’s no surprise they’re featured in tons of anime, manga, light novels, movies, and more. However, nothing depicts zombies quite like ZOMBIE LAND SAGA.

Sakura Minamoto is a normal teenage girl who dreams of being an idol. Unfortunately, that doesn’t seem to be in the cards for her. Ten years after a fatal traffic accident, Sakura finds herself suddenly awake, if not alive, and in Saga Prefecture. Together with six other zombie girls and their manager, they form a brand new idol group called Franchouchou. Their goal? Revitalize Saga Prefecture!

RELATED: How Watching Anime Became a Way to Explore My Mental Health

While the main characters may all be zombies, this isn’t at all the usual zombie fare you may be used to. Low on scares and high on comedy and musical numbers, ZOMBIE LAND SAGA has something for everyone. Between its comedic take on the idol genre, a heartwarming tale of friendship, and the seven protagonists — each from different eras — slowly uncovering the mysteries of their past lives, you and your horror-loving partner will certainly have a lot to sink your teeth into! 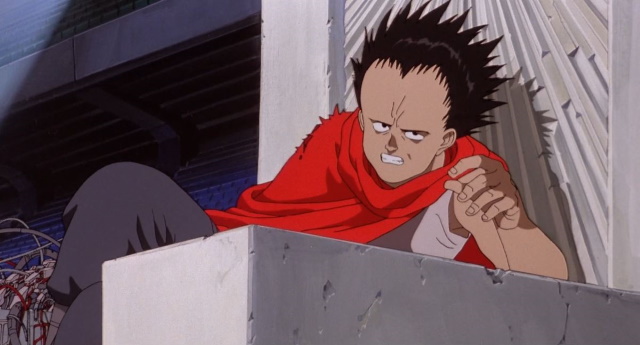 There are few movies more iconic in the world of anime (or film in general) than 1988’s AKIRA. A lot is packed into this movie, and if you haven’t seen it yet, now’s your chance.

Shoutaro Kaneda lives in Neo-Tokyo in 2019, a place rife with gangs, violence, and terrorists taking action against the government. Kaneda is the leader of a group of misfits known for riding their giant custom motorcycles and having a propensity for getting into trouble. When Kaneda’s friend Tetsuo’s life is suddenly caught up with that of an esper who’s escaped a government facility, everything changes, and fast.

AKIRA may have horror (especially of the body variety) aplenty within its two-hour runtime, yet it has a lot more as well. Fans of action and adventure will have lots to look forward to, and fans of science fiction and fantasy get to experience the always fun combination of espers in a futuristic setting. Throw in some dystopian themes on top and you’ve got an award-winning anime movie perfect for watching with your horror-loving partner. 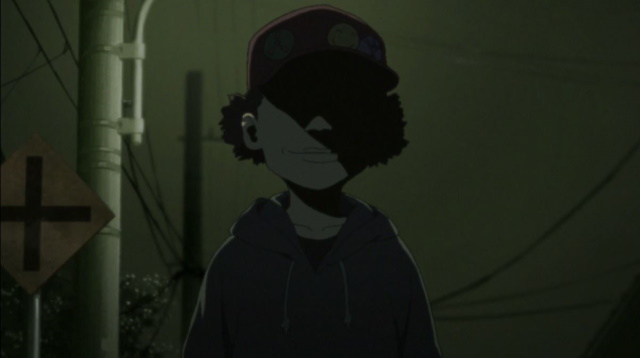 The residents of Musashino City are being terrorized by an unknown assailant: the infamous Lil’ Slugger who's known only by their roller blades and golden baseball bat.

Despite the relentless assault, no one seems to know who this attacker is or when they’ll strike next. Even with detectives Keiichi Ikari and Mitsuhiro Maniwa on the case, facts are few and far between while rumors run rampant. What will get them first? Lil’ Slugger or the paranoia Lil’ Slugger seems to sow?

This anime is more psychological thriller than true horror. In the hands of legendary director Satoshi Kon (of Perfect Blue and Paprika fame) Paranoia Agent will have you gripping the edges of your seat in suspense. If you’re a fan of anime that's a little experimental or filled with mystery and suspense, look no further. And don’t forget that your horror-anime-loving partner will have tons to love too. 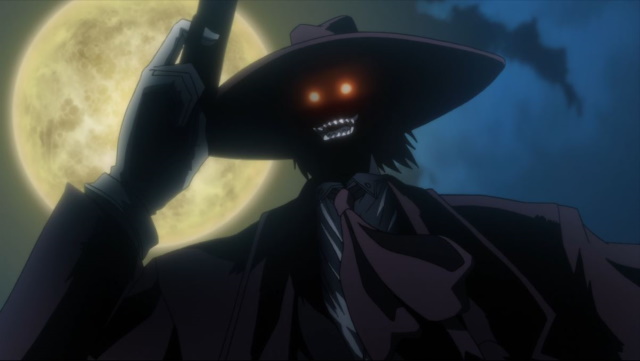 Integra Hellsing commands the organization Hellsing, a powerful military-like group that is tasked with defeating the undead. However, the vampire Alucard is their ultimate weapon, fighting against creatures that may not be so different than himself.

RELATED: The Original Hellsing Anime is a Slow Burn That's Worth the Time

Hellsing Ultimate centers around a classic-style vampire as the protagonist and is more traditional horror than some others on this list. But hear me out! It’s great! The plot is a bombastic, over-the-top adventure that includes everything from your standard ghoul that needs defeating to taking down Nazis commanding zeppelins over the skies of London. If you want to dip your toes into something a little scarier or that features traditional monsters this Halloween season, Hellsing Ultimate is definitely the place to start. 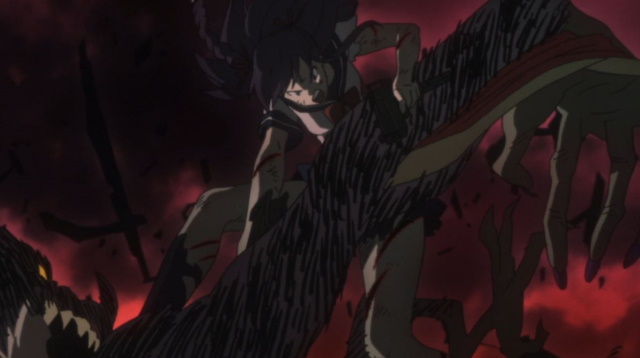 One of the first horror anime series I was introduced to was Corpse Princess: Shikabane Hime. This is the story of Makina Hoshimura, a girl who was murdered. In order to exact revenge on the undead organization responsible she becomes the titular Corpse Princess. At the same time, teenager Ouri Tagami is living a pretty normal life. However, something is up with his brother, Makina’s former friend, and the priest contracted as her partner. Slowly, Ouri is dragged into a world he never imagined existed.

This is an unconventional take on the undead from the beloved anime studio, Gainax. Not only that, but it starts out with some fun monster-of-the-week vibes — perfect for shonen fans — before delving more into the world of the Shikabane Hime. With tons of memorable action and gorgeous visuals, there’s a lot to love, so while you indulge your action roots with one of your favorite anime studios your partner will get tons of horror-esque goodness.