RECS: 4 Rom-Com Teasing Anime like Uzaki-chan Wants to Hang Out!

That moment when teasing is a form of affection 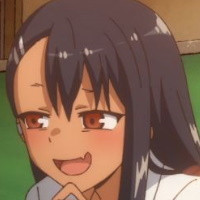 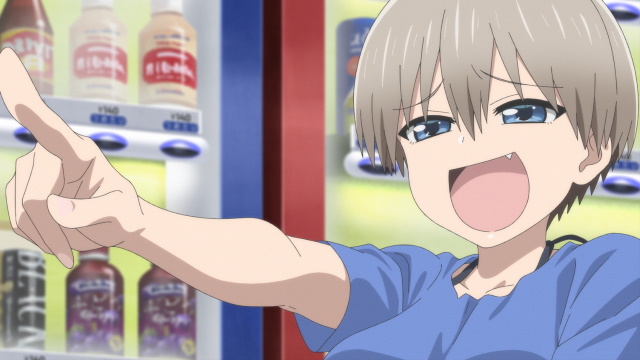 Besides the cute, adorable (but sometimes obnoxious) Hana Uzaki, there are plenty of other anime rom-com characters who tease the protagonists in their attempts to hang out with them. In order to make our week more bearable until the next episode of Uzaki-chan Wants to Hang Out! Season 2, here are four more series that focus on the kind of relationship where stealing someone's manga and mocking them for what they read is a sign of affection. 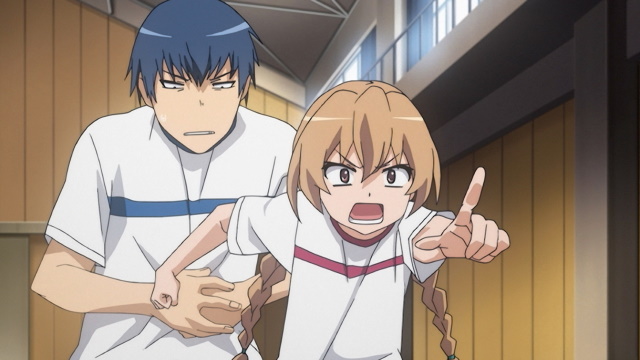 Based on the light novel series by Yuyuko Takemiya (with illustrations by Yasu), Toradora! is about high school student Ryuji Takasu's attempts to win over the girl of his dreams, Minori Kushieda. Along the way, he "crosses" the petite but ferocious Taiga Aisaka. Taiga is known for being extremely aggressive, known as the "Palmtop Tiger" due to her size and the fact that she won't hesitate to deck someone in the face.

Taiga and Ryuji form an unlikely alliance in order to get their respective love interests to notice them — Ryuji with Minori, who is Taiga's friend, and Taiga with Kitamura Yusaku, Ryuji's best friend. This leads to them spending a lot more time together and getting to know each other better... although said relationship begins to cause rumors of romance at school.

DON'T TOY WITH ME, MISS NAGATORO 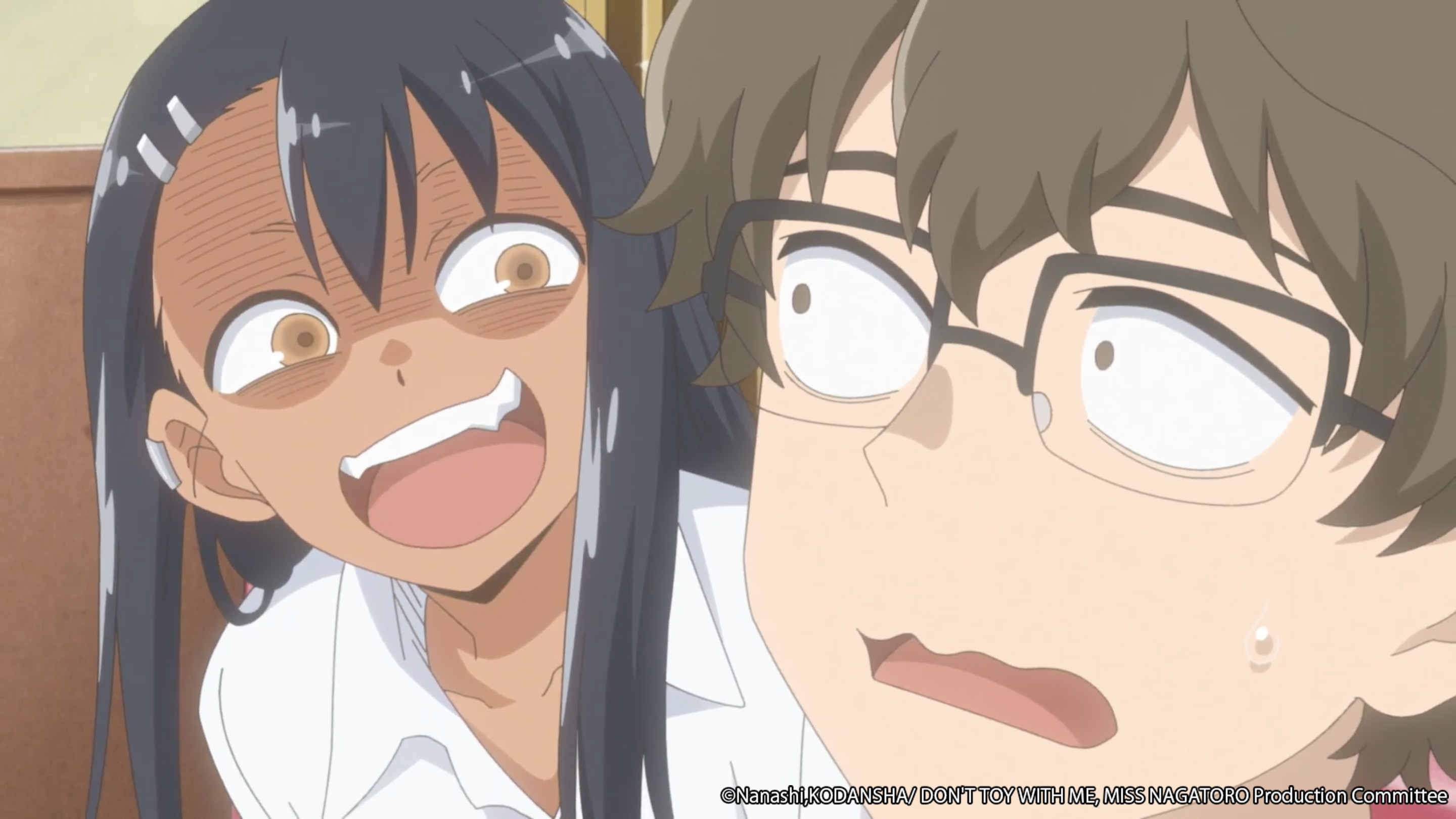 DON'T TOY WITH ME, MISS NAGATORO was created by Nanashi in 2017. The manga is still being published in Japan and its success made its jump to anime inevitable. With a second season on the way, this series might be up your alley if you’re a fan of stories where the girl shows interest in the boy by stealing his manga and mocking him at any chance she gets.

For some reason, Hayase Nagatoro’s favorite hobby is constantly pestering her senpai — the shy, aspiring artist, Naoto Hachioji. At first, it seems like a cruel story of bullying in high school, but as the plot progresses, the true feelings of "Miss Nagatoro" toward her senpai (and vice versa) start to become more noticeable. The premise is a simple one that goes from "gosh this girl is a LOT to deal with" to endearing in just a few episodes, after all, there's a reason why he's the only person she teases. 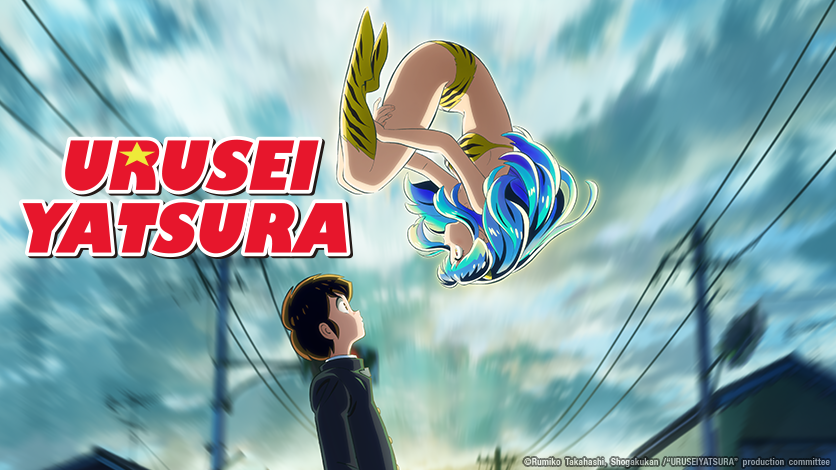 I could never forget this darling of a series! Created by the exceptional Rumiko Takahashi (Ranma 1/2, Inuyasha, Maison Ikkoku), Urusei Yatsura’s anime adaptation is great no matter what era you decide to watch it from! Originally released in the early 80s, the anime recently got a 2022 upgrade that sees the return of everyone’s favorite space invader, Lum. It’s possible that Lum set the standard for this subgenre of mercilessly teasing the one you love, not only because of the manga’s debut being over 40 years ago (it was released in 1978) but because Takahashi’s formula is still perfect, even today.

RELATED: Plan Your Perfect Date To Find Your Next Rom-Com Anime

The fate of the world rests in the hands of Ataru Moroboshi when he's tasked with winning a race against Lum. Ataru isn't too concerned about what happens to our planet... until his childhood friend, Shinobu Miyake, puts marriage on the table. Through a series of misunderstandings that could only happen in anime, Lum thinks Ataru has proposed to her! She's more than happy to marry him but soon discovers that Ataru is the kind of guy who flirts with every gal he crosses paths with. Much like the rest of the girls on this list, Lum shows her affection in a rather unorthodox way by firing electric shocks at her "darling!" 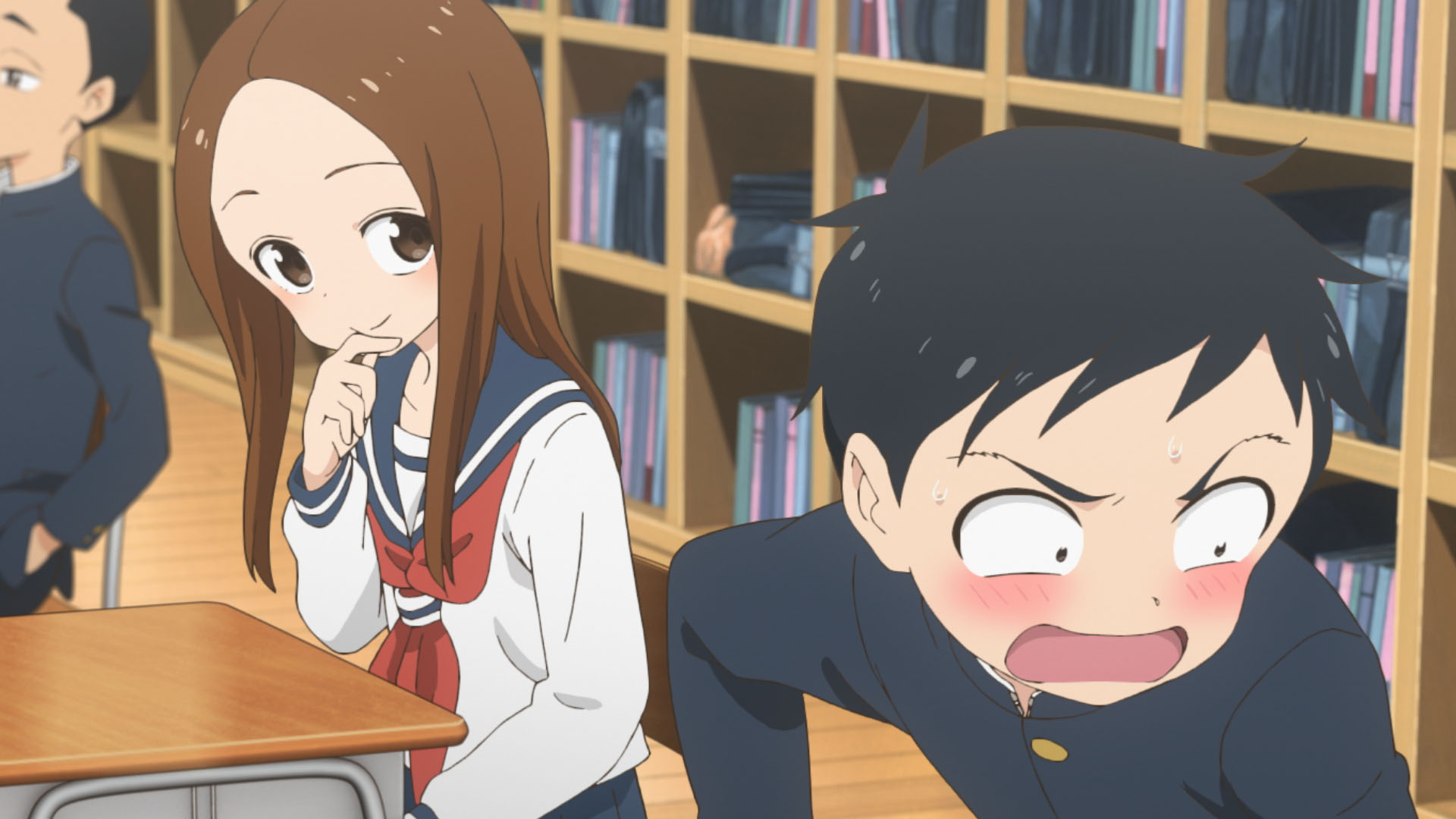 When it comes to anime series that feature girls who like to embarrass the boys who sit next to them in class, there's nothing quite like Teasing Master Takagi-san. This teasing master may be young (she and her "target" attend middle school), but the way she teases and harasses poor Nishikata makes her worthy of the title of expert in the field! Nishikata does his best to take revenge against Takagi, but his pranks usually don’t stick the landing and only end up encouraging Takagi to evolve her own strategies.

Although the tone and development of the short stories in this anime are a bit different from the other recommendations on this list since our protagonist is actually trying to get the better of the girl who teases him, you can be confident that this series will give you laughter, tenderness, and those beautiful moments you experienced in school years ago... assuming you had someone show you how to make silly faces just in time for the teacher to catch you goofing off.

What other anime rom-coms feature characters who show affection by teasing someone to the point of frustration? Let us know in the comments, and don't forget to check out Uzaki-chan Wants to Hang Out! Season 2 right here on Crunchyroll!