FEATURE: Which Anime God Should Kratos Fight After God Of War Ragnarok? 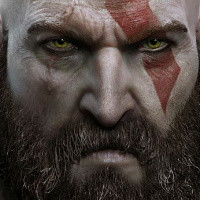 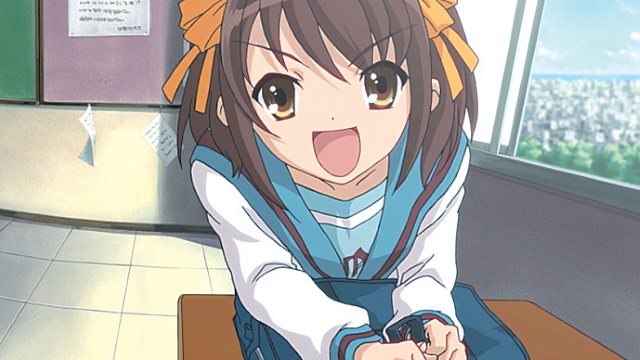 Since his debut in 2005 Kratos has been bullying gods all throughout the lands. With a range of gruesome weapons and a dour temperament to match, Kratos laid waste to the grandest denizens of Mount Olympus before turning his attention to the frigid mesas of Asgard.

Impressive though these feats may be, he would truly have his work cut out for him should he ever contemplate lashing out at the gods of anime. They come in all shapes and sizes, each with their own unique talents and accomplishments. Looking back, Kratos has been world-hopping for quite some time now, crossing blades with the cast of Soulcalibur, Mortal Kombat, Fortnite, and even channeling his inner Birdie Wing: Golf Girls' Story "Rainbow Bullet" in Hot Shots Golf: Out of Bounds. He’s definitely got enough willpower (and angry frowns) to seek out opponents from any realm.

Now that God of War Ragnarok has crash-landed on our shores I’ve decided to assemble a lineup of celestial warriors that would make even the bravest Spartans reconsider their murderous career path — or, in the case of Kratos' latest adventures, these opponents might rudely interrupt his adventures with the boy. 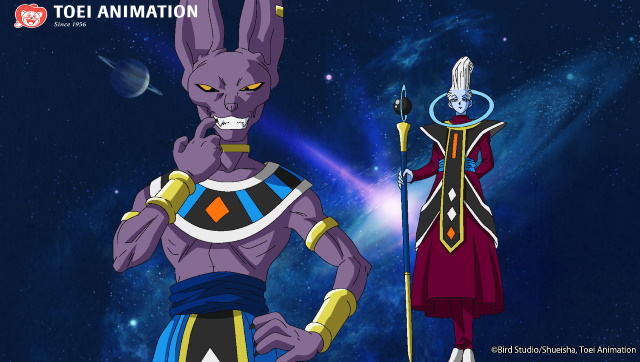 If Kratos is looking for a challenge he’ll surely find it when he squares up against Universe 7’s God of Destruction. Not only is Beerus’ power level unfathomably high, but it’s not out of the realm of possibility that his lackadaisical personality would be equally as vexing. True to his appearance as a feline deity, Beerus is fickle, lazy, and indifferent. Is he going to destroy the planet or have a nap? Either is just as likely; you’ll just have to hope he’s in a good mood.

Were this fight to take place at a certain intersection in time Kratos may even have Beerus’ twin brother, Champa, to contend with as well. Taking on two almighty gods at once might be too tall an order even for this hardened barbarian, though the notion that Beerus and Champa would cooperate is a little too unlikely to rely upon.

Do you think Kratos would be down for baseball instead? Probably not, but maybe the combined might of Atreus and Mimir would convince him to batter up instead of fight. It stands to reason he'd be solid at the plate (again, he has tried golf), yet his skills with the glove would prove the true test of his mettle. Probably wouldn’t blow a seven-run lead to the Mariners, at least. 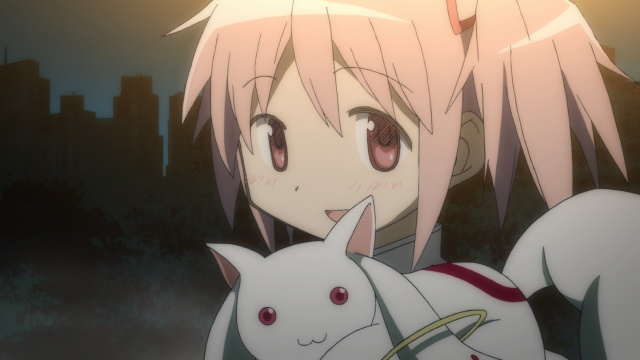 Much like Kratos himself, some gods are created, not born. While he would ascend from his prior demigod status by brutally dismantling the power structure (and powerful limbs) of the Olympians, Madoka’s origins are much more benevolent; she transitioned to an ethereal plain in order to spare others from grief. In doing so she has become the most empyrean magical girl in history, equipping her with universe-bending potential that resembles the final boss of an RPG.

Can Kratos really hope to ever topple her? Would Homura let him? Atreus would probably feel bad about Madoka's fate and ask his father to do something as the ever-knowledgeable Mimir explains her circumstances. Kratos may take one look at this omnipotent child goddess and be like, "Nah, too weird," before using the Bifrost to travel to a different realm. Baldur was enough of a pain to deal with back in the 2018 God of War. While not a child by any means, that didn’t stop Freya from treating him as such.

Technically speaking, the cosmic scope of Ultimate Madoka is so broad that she’s everywhere at all times. With this in mind, it would be hard for Kratos to have the element of surprise. It’s probably best if he puts this skirmish on the back burner for a little while. 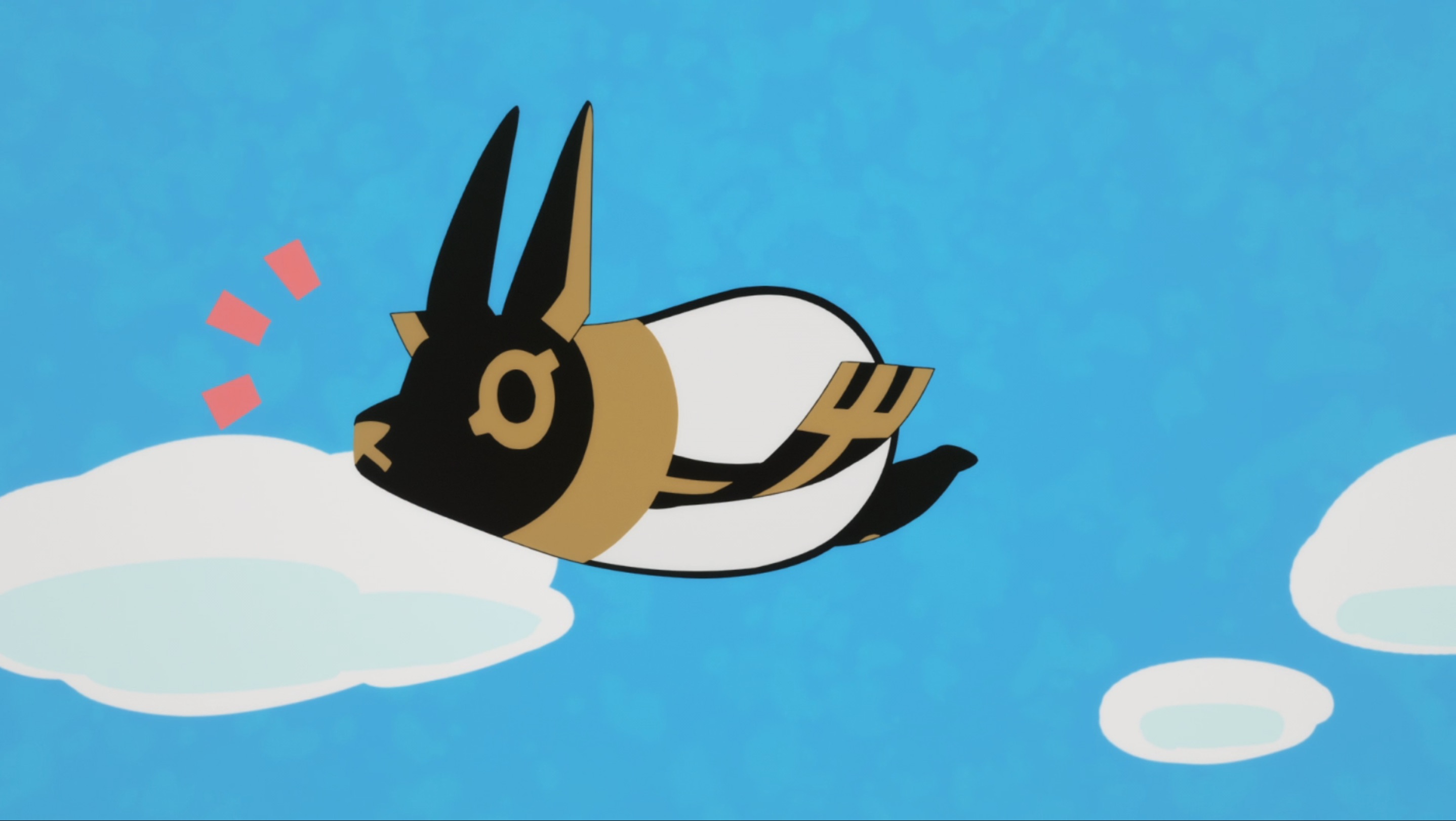 As part of his hit list of the heavens, Kratos has been more than a minor inconvenience to the gods of both Greek and Norse mythology (plus one Roman dude… yeah I see you there, Hercules). Whether or not he could handle the oppression of the Egyptian gods is another matter altogether.

Funnily enough, God of War has already made various references to the Egyptian gods throughout the series, leading to widespread speculation about their meaning (especially in regard to Tyr, the Norse God of War). Fun Easter eggs? Or planting the seeds for Kratos’ future targets? The prospect is quite enticing!

Considering that Anubis is the God of Death, the Underworld, Cemeteries, Embalming, and a slew of other things, taking him out would be an opportunity for the God of War to tick off several boxes at once. He might be a bit bewildered to locate this particular anime interpretation, however, who is an earnest and hardworking little guy most often found bouncing on a see-saw for souls.

Careful, though… he can mummify you pretty darn fast!! 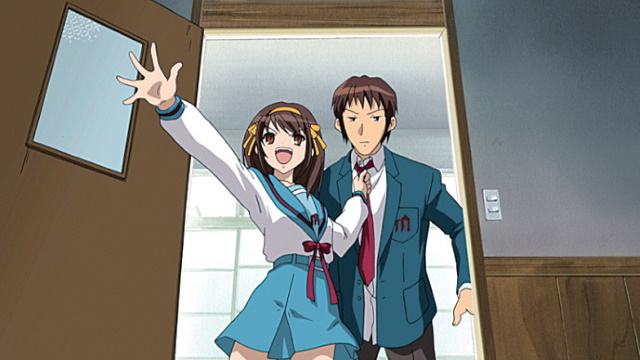 Kratos, the God of War with his unfathomable acts of violence, pitted against an eccentric high school girl... could somehow be the most insurmountable threat yet. Would all those years with Atreus be enough? As high as Kratos’ body count is it pales in comparison to Haruhi’s potential to simply erase everything. All life. All existence. All of Mikuru’s cute lolita outfits. Oh, the humanity!

RELATED: The Complete Guide on How to Watch The Melancholy of Haruhi Suzumiya

In actuality, Haruhi would be ecstatic to meet with someone of Kratos’ significance, as it would finally give her an opportunity to interact with a person who isn’t just a mundane human. Given the knowledge that making her mad might result in the destruction of reality itself, could Kratos be amiable for just one encounter? Just one, Kratos?!

If he humors her for a while and wears the bunny suit we just might have a distant shot at making it through. Maybe Brok and Sindri can whip up this new kind of armor with the right materials. 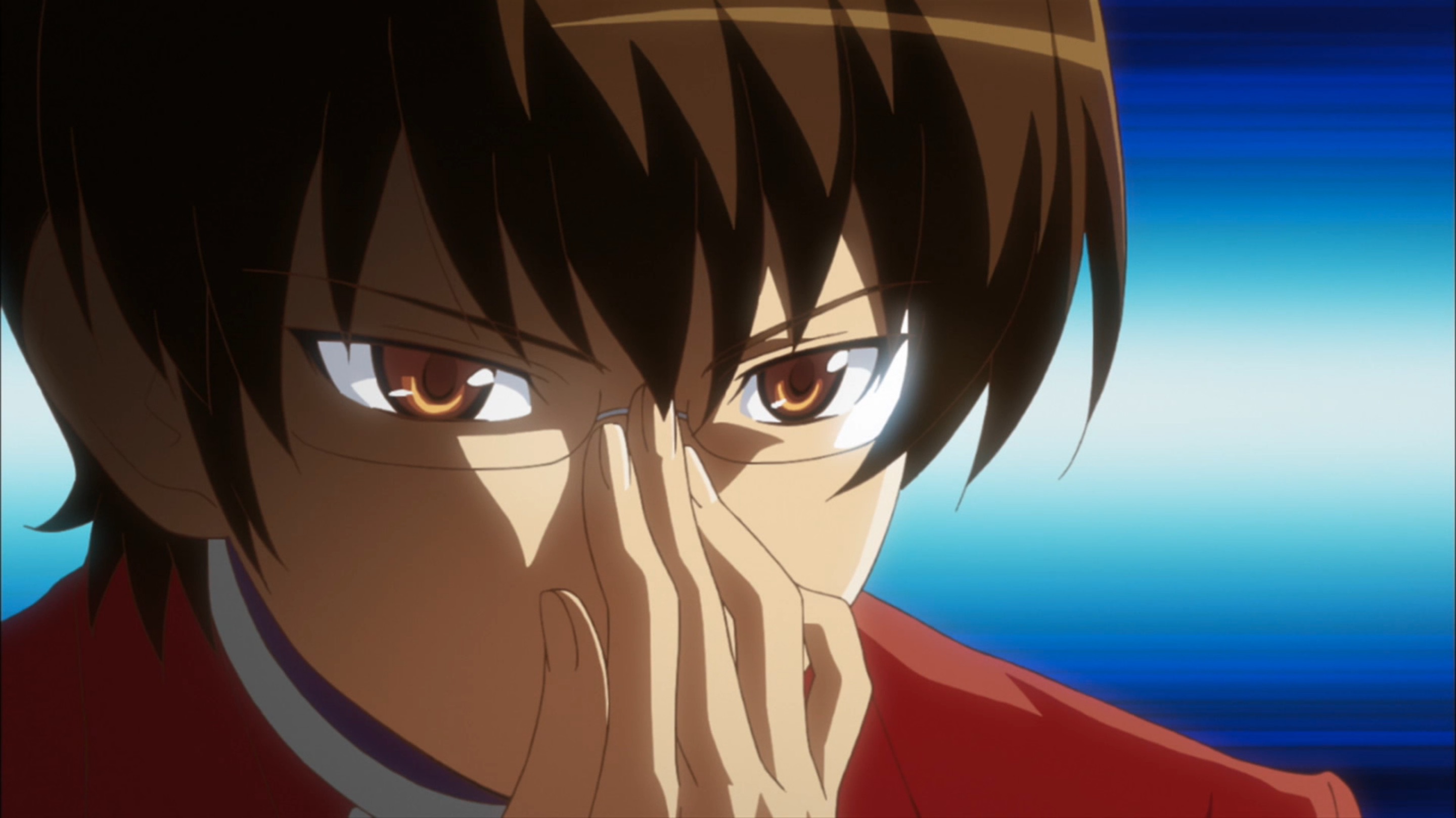 Across his many crusades, Kratos has bested the God of the Ocean, the God of Light, the God of Wisdom, the God of Gods himself, and countless others. But now, he must face off against a formidable foe unlike any before… the God of Conquest.

Though he’s not actually a god in the literal sense of the word, Keima Katsuragi possesses a genius-level intellect that allows him to solve problems in an instant. He has overcome all obstacles thrown in his path, maintaining an aloof air of mystery the whole time. The only caveat is that his particular field of expertise lies in the art of otome games. With this in mind, this is perhaps a bad matchup for Keima. I could not fathom a guess as to how one would approach dating Kratos — or whether it is something I would even want to try. Harsh as it may sound, his relationships tend to end in tragedy.

But this could be a groundbreaking revelation. What if Kratos’ crusty personality is just the result of a loose soul that worked its way into his body one balmy summer afternoon? If someone listened to his problems and opened up his heart, he could be released from the shackles of malice, at long last!

Yes. I’m working this into my headcanon as we speak. The God of Conquest never fails.

Who would you like to see Kratos fight after his latest scraps in God of War Ragnarok? Could you perhaps even think of a mere mortal who could stand a chance against his might? Let us know in the comments!