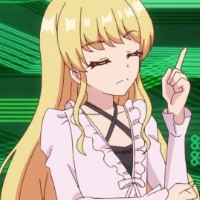 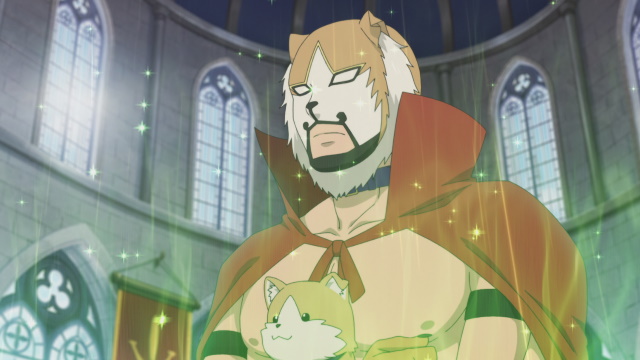 As someone whose seasonal anime viewing all too often turns into an "oops, all isekai" extravaganza, I've seen my fair share of isekai with totally off-the-wall premises that make you utter "only in anime" with a fond, if slightly baffled, smile. Just take the upcoming isekai anime Reborn as a Vending Machine, Now I Wander the Dungeon. Title? 10/10. Premise? Definitely on the out-there side of things.

RELATED: Reborn as a Vending Machine, I Now Wander the Dungeon Anime to Stream on Crunchyroll

Look, I love the genre. Give me cool new worlds and businessmen with all-too-early demises finding themselves in a high-fantasy adventure any day. From titles longer than some of this article's paragraphs to zany plots, premises and characters, there are tons of isekai anime with a flare for the unusual. Here are some of the wackiest isekai out there, and as always, beware of oncoming trucks. 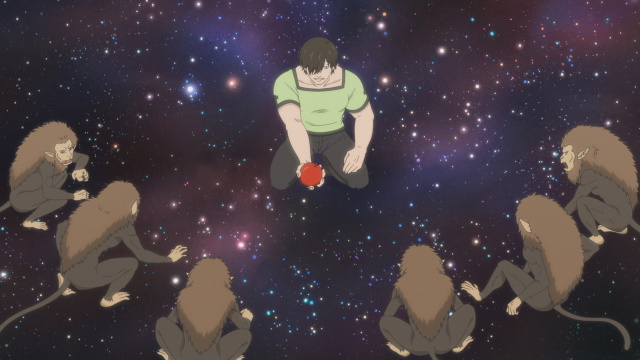 You know when you find an anime you like and you realize it may veer slightly too far into the odd side of things to safely recommend to friends without getting weird looks later? Yeah, that kinda happens to me a lot, and it's definitely happened to me with Kemono Michi: Rise Up.

RELATED: That Time I Got Reincarnated as a Slime TV Anime Gets 3rd Season

This is the story of Genzou Shibata, a professional wrestler who finds himself isekai'd into a fairly traditional fantasy world. The catch? He's not interested in playing hero or hearing how he's the strongest guy ever — he gets that kind of comment enough. That's just the usual for him, after all. Genzo's big dream? Opening a pet store in a world that sees animals strictly as livestock rather than furry friends. Our main character gets up to wild shenanigans each episode... and he may be a little too fond of monsters and demihumans for his own good. 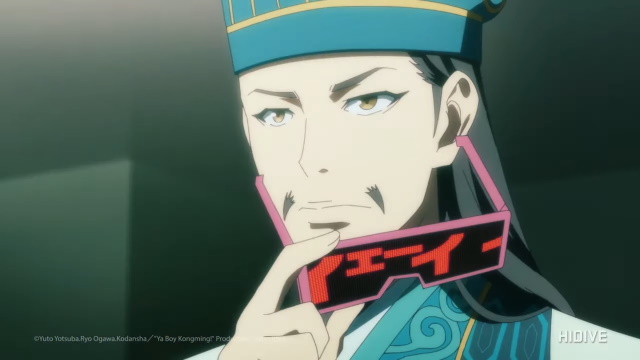 Ya Boy Kongming! is a real force to be reckoned with in the reverse-isekai genre with a premise that embraces how ludicrous it is. Zhuge Kongming, an unparalleled Chinese tactician from the Three Kingdoms period, finds himself wishing he'd be reincarnated into a more peaceful time period in his next life. As with many isekai, a monkey's paw starts curling somewhere because the next thing Kongming knows he's in modern-day Tokyo!

After meeting Eiko Tsukimi at a nightclub Kongming realizes that her goal of making it big in the music world isn't a fanciful dream. Eiko just needs a manager, one who can use battlefield tactics to wage war in an unforgiving industry and come out on top.

The Devil is a Part-Timer! 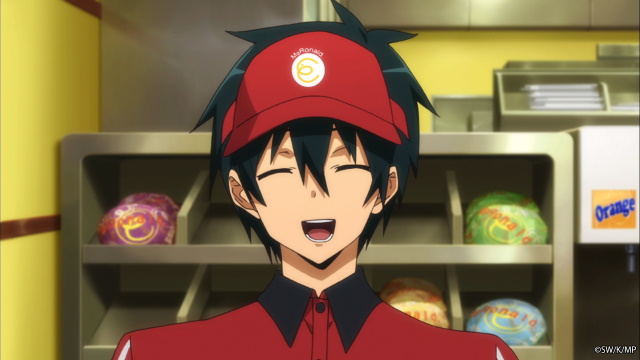 The more I think about it, the more I realize that The Devil is a Part-Timer! is definitely on the sillier side of isekai premises. That's what makes it so charming, after all, there's a reason why fans were so happy to see it again after nearly a decade — myself included.

RELATED: The Devil is a Part-Timer! Orders Fresh Anime Sequel for 2023

It’s not every day that the literal devil gets transported to our world. It’s even less common to find your friendly local demon king working as a part-timer at MgRonalds — not to be confused with those other golden arches. Add in a few demons, fallen angels, emissaries of the enemy in the same apartment building, a hero whose sole goal in life is to destroy the devil, and an angel running the fried chicken take-out spot across the street, and you’ve got the makings for absolute chaos in downtown Tokyo as the devil tries to balance his dreams of acquiring an empire with flipping burgers.

The Great Jahy Will Not Be Defeated! 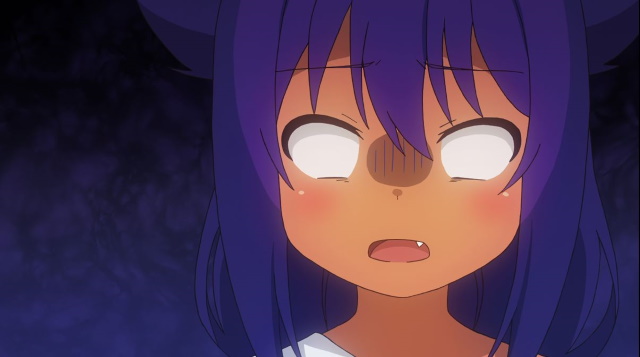 Maybe this a me thing but I really can’t get enough of “bad guy gets transported into our world” reverse-isekai. Unlike everyone’s favorite devil a la The Devil is a Part-Timer!, "The Great Jahy" doesn’t exactly handle being in our world very well. The Great Jahy Will Not Be Defeated! has the usual “great, all-powerful being is forced to do mundane work” angle, but poor Jahy's adventures always seem to snowball into something way bigger than she originally intended.

Between our modern world’s many baffling customs and technologies Jahy certainly has her hands full as she tries to find friends and underlings, I mean, why should someone of her significance be expected to do something far beneath her standing like paying the rent? Unfortunately, no one really seems to respect her place as second in command to the demon king.

Despite the plot sounding straightforward, Jahy has a knack for putting herself into outlandish situations as a clash of culture, personality and perceived social status ensues in this comedic slice-of-life addition to the isekai genre.

Reincarnated as a Sword 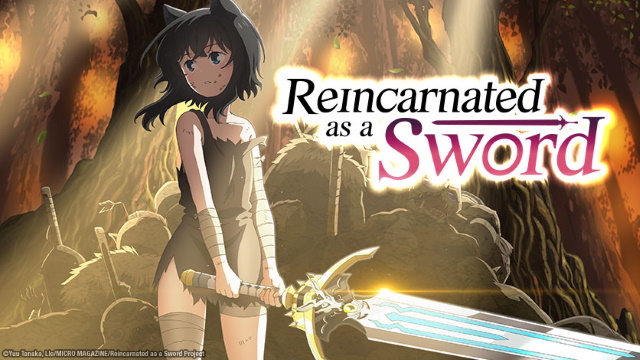 Being reincarnated in a new world as a totally different person is pretty common in isekai — especially people with all kinds of fantastic abilities. You can also be reincarnated as some sort of creature or monster like slimes, liches and gigantic spiders. Inanimate objects, however, are a bit more peculiar when it comes to how a character is reborn into a new world.

Reincarnated as a Sword is one of those isekai where the title acts as a plot summary. What happens when you find yourself reincarnated in another world as a sword? Well, you use your telekinetic powers to go off and explore your new world, of course! This is a fun, currently airing isekai in the "wait, reincarnated as a what?!" category with a main character whose quite different from the usual anime protagonist. 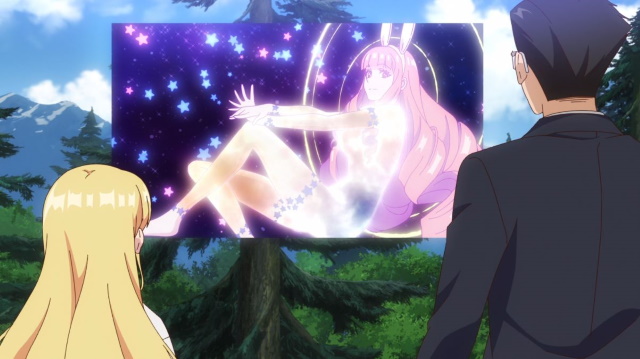 Gender-bending premises are nowhere near new to anime, just look at the old fan (and personal) favorite Ranma 1/2. Get turned into a girl and transported to a fantasy world with your best friend? Sure, no problem, says Life With an Ordinary Guy Who Reincarnated into a Total Fantasy Knockout.

Much like Reincarnated as a Sword, the series tells you the plot in the title. However, it also embraces the tried-and-true isekai tactic of having the show's name be as long as possible. Childhood friends and ordinary businessmen, Tachibana Hinata and Jinguji Tsukasa, find themselves in a brand new world. As if that's not enough to process, Tachibana is now a cute, blonde-haired girl thanks to a goddess taking his drunken request a bit too far.

Life With an Ordinary Guy Who Reincarnated into a Total Fantasy Knockout is a fun, spoof-laden, wild ride in a world of fantasy and adventure that is very aware of its absurd premise, so much so that Tachibana's new look comes with an "Unparalleled Beauty" ability that is incredibly effective on the opposite gender.

What are some of your favorite isekai with preposterous premises? Which isekai are you watching this season? Let us know in the comments below!

Tags
kemono michi: rise up, ya boy kongming!, the devil is a part-timer!, the great jahy will not be defeated!, reincarnated as a sword, life with an ordinary guy who reincarnated into a total fantasy knockout, isekai
« Previous Post
Heroines Gather in The Legendary Hero is Dead! TV Anime Visual [UPDATED]
Next Post »
Roboco Infinite Train Crowdfunding Campaign Launched For Me And Roboco Advertising Support
Other Top News
4 Comments
Sort by: