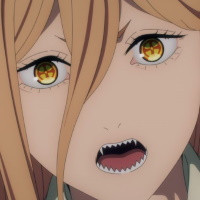 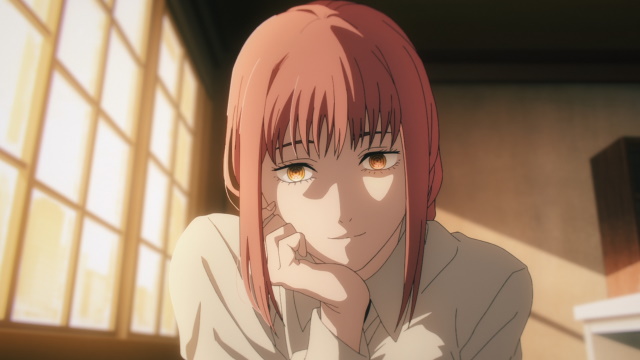 Voicing characters as popular as Makima and Power of Chainsaw Man can be a monumental task, that being said, English voice actors Suzie Yeung and Sara Wiedenheft are more than up for the task. Yeung is the calm and controlling Makima, a complete contrast to Wiedenheft's wild and egotistical Power.

During our interview, I learned how Yeung exudes a commanding presence while keeping Makima subtle and reserved. This is a different energy than what Wiedenheft brings to her role, a mix of confidence and absolute gremlin energy to match Power's proclamations of being the greatest being in the world (kneel before her). Check out the interview below to see all that goes into these fan-favorite characters!

Sean Aitchison: For both of you, what’s it like to voice characters that are — you know that specific type of fan favorite that just takes over every corner of the internet with massive appeal, that carry a lot of weight for the fandom of the series. What’s it like voicing characters that big and that adored?

Suzie Yeung: It’s a big pressure. Sara and I have seen our respective characters online everywhere even before we knew what Chainsaw Man was necessarily, so just to be in those shoes I think is just incredible [laughs].

Sara Wiedenheft: Yes, very much the same. It feels like a dream still [laughs], but yeah it's just a little bit of pressure on my shoulders to make sure that we bring them justice [laughs]. But I’ve been getting a lot of positive feedback, which is really nice [laughs], it’s paying off!

Were you both fans of the series before getting the part and what do you bring to the characters knowing what’s to come and what impact they have had? You said you had an idea of how big they were before you got the parts, were you able to bring any of that to your role? 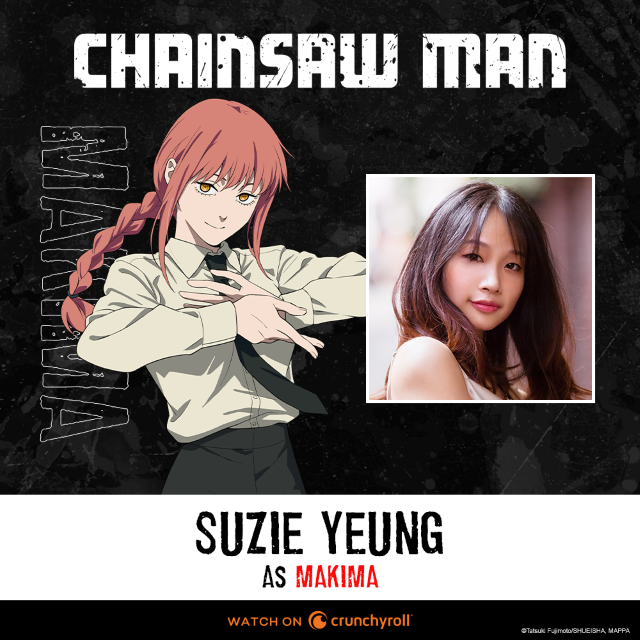 Yeung: I actually only binged the manga after I received the role, so I read all the way up to that point and it really helps knowing how the story goes along and the final motives of the characters, so I definitely put that into my performance in Makima, because without that context, it would be a little bit different.

Wiedenheft: I read the first two volumes but only specifically where Makima and Power came in so I could figure out how to audition for each character, to get a sense of their lives and, I also binged it after I got cast [laughs]. I had seen the characters floating around a bunch, so I figured they were popular, but I didn’t know what from. So I am so stoked, it’s such a good manga.

Without spoiling too much, when you both binged the series, did that change how you were performing your characters or were you almost a little upset with how things end up?

Wiedenheft: I can’t talk too much about it — cause I don’t want to spoil anything — but it did kind of help a lot more, honestly, starting from the beginning of the book to help with worldbuilding helps immensely, so you can really understand the character, and the more that you read, the more that you understand the character even more and you can see how they react to certain situations and to different people. So yeah, it helps cause then you go “oh if this is how this person reacts to several different things, then I can kind of get a sense of how to portray this character."

Yeung: Yeah, I think for Makima especially, she has so much knowledge — she seems like this figure that knows a lot more than she lets on and so I need to know a lot more than I let on essentially, so it really helped that I get to know what her motives are from start to end, so that fed into the performance.

RELATED: Can You Earn the Approval of Makima from Chainsaw Man?

That leads me to a specific question for you Suzie, how do you bring weight to Makima’s character? How do you add a layer of fear and power and influence in the performance, especially in her interactions with Denji?

Yeung: Yeah, she’s a very confident character — like, nothing shakes her, she doesn’t waver in the slightest. So definitely going in, I had to work a lot with Mike [McFarland], the [ADR Dub] director to sort of balance her character and make her cold but also very captivating and it’s a lot of very, very minute subtle waves in the voice — if that makes sense [laughs]. She is not very emotional at all, but at the same time, she has to give just enough to captivate someone’s attention and really command their respect. So, yeah, trying to put those tones in there.

For both of you, both Makima and Power exude confidence — like you were talking about, Suzie — but in different ways, how did you find your specific portrayal of that confidence?

Wiedenheft: For me, it’s reading about the character and seeing that she is very selfish, [laughs] very self-centered, everything that she does, she does for herself, apart from Meowy now, because she has a little bit of love for that thing [laughs]. So her confidence really just strives in how much she loves herself basically [laughs]. 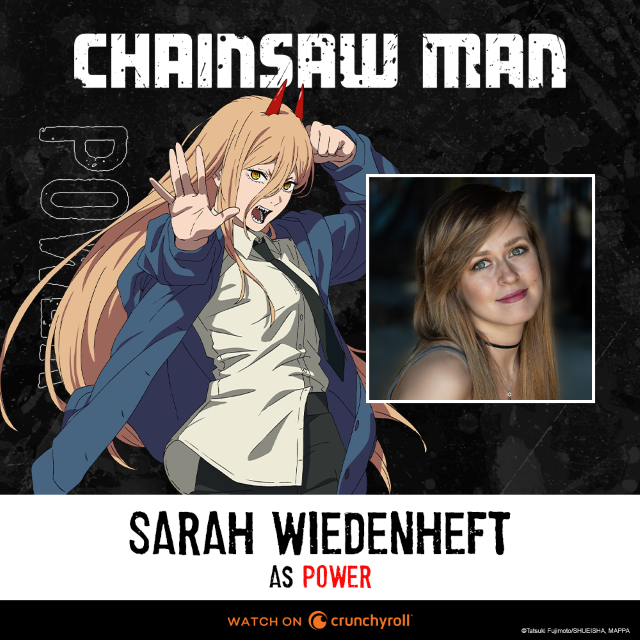 Wiedenheft: Yeah, so I just have to really just harp on that and I can’t be wrong also because I’m right! [laughs].

Yeung: Yeah I feel like Makima has a much more quiet confidence, but she’s very, very self-assured. She doesn't even have to try, she just knows. Very much like Power, she just knows [laughs]. She doesn’t have to prove anything to anyone — the difference is she doesn’t need to be loud about it or proclaim anything about it, people are just frozen in fear somehow, just either enamored or intimidated by her presence, and she knows that so she’s like [as Makima] “yeah, yeah,” [laughs].

Awesome. For Sara, Power is just so brash and bold and in your face, one of those characters that has no hang-ups about the most disturbing but also confident characters at the same time — what’s a specific challenge you found in playing a character like that who’s so in-your-face?

Wiedenheft: I think the biggest challenge I’ve had is going a little bit too energetic or too far in some of the scenes. I’ll get so excited about the next thing she’s about to proclaim, I’m just like “yes, yes YES!” and might get too excited and I just keep climbing up and Mike has to be like “come back down gremlin” [laughs].

It’s more about proclaiming versus being excited about it.

For Suzie, what's been your favorite part of voicing such a complex character who never lets anyone get a read on her, who never tips her hand?

Yeung: I just really like that challenge. It feels like I’m making tiny incisions [laughs]. Everything has to be very, very slight and measured. She’s at a baseline very even level, but there are some times when she’s [speaks higher] a little bit like this, or [speaks lower] a little bit like this. It’s just very minute changes to the voice, making sure she doesn’t go too overboard but also too emotionless and flat, either, so it’s just a really big balancing act and I find that really interesting to work with.

And without spoiling too much, knowing what’s coming for the character, how do you build upon her initial personality into what it will become?

Yeung: I guess just knowing exactly what’s going to come I think informs my reads a lot. She’s just very nonplussed about a lot of things [laughs] so keeping that soft delivery, never ever raising her voice, because she doesn’t need to, she just makes people listen to her without raising her voice and I think that’s really cool and powerful about her.

Wiedenheft: Yeah, she doesn’t freak out. She’s just like [looks nonchalant] “Hmm, okay, onto the next thing.”

But happy to let others freak out.

Wiedenheft: She’s like “Alright, you're going to shut up now.” 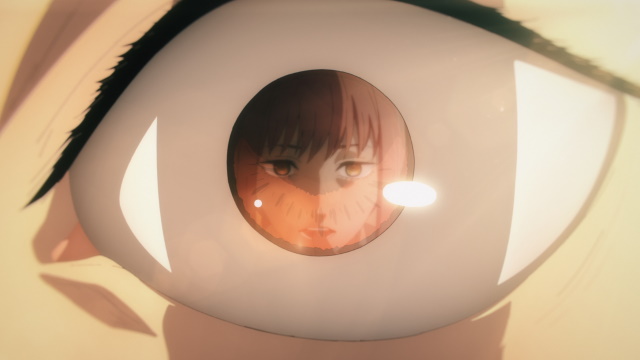 Sara, what was one of your favorite parts or moments voicing such a fun, gremlin character like Power?

Wiedenheft: Well I’d say my favorite parts of that are just interacting with the other characters [laughs], cause the banter back and forth is just creme de la creme. I think my favorite scene so far is the terrible roommate introduction when she bursts open their door and tells them immediately how dingy — ha Denji [laughs] — how dingy their apartment is, just like “wow you guys live like this?” guess how much worse it's about to get. It’s a nice toilet, it’d be a shame if…

And how did you develop the bickering sibling dynamic with Ryan Colt Levy?

Wiedenheft: Before we got auditions for this, I met him at a con several months earlier and we immediately got such a brother-sister bond just right off the bat [laughs].

Wiedenheft: So we’d just yell at each other like that, like “BROOOO, heyyy” just constantly zinging off each other, it’s really fun [laughs]. It [the sibling dynamic] was already there. 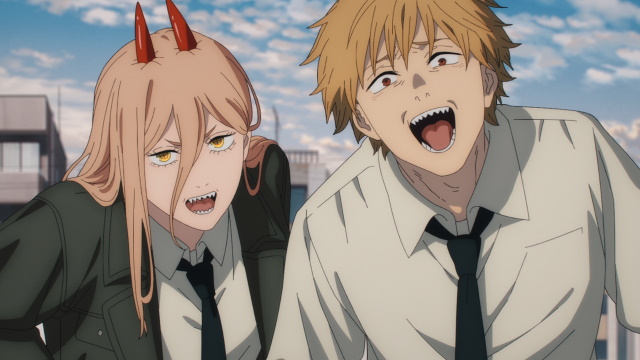 For Suzie, how do you portray Makima when the vibe of the show is more comedic or lively?

Yeung: I think she is not necessarily a participant in the shenanigans that those three do, she’ll just stand prettily over in one corner and watch them and just be very amused and sort of play along, or act very innocent about it, like [Makima voice] “settle down, kids, you guys will get along great” [laughs] “or else.”

Similar question for Sara, how do you find more dramatic parts of a comedic character like Power, like the stuff with Meowy?

Wiedenheft: So I actually had a cat that I really loved, and she passed away, so it wasn’t too hard to get into that space from there. It's… I actually had to step away a few times, because I was like “Oh no, I remembered” [exaggerated sob]. So it was pretty easy to get from her self-centered self to a place that’s like “oh, wait, I actually enjoy being with something else rather than eating everything” [laughs].

Well, thank you so much! Is there anything else you want to add, anything to say to the fans?

Yeung: Thank you for all your support, you guys have been awesome! The excitement has been electrifying, and yeah, we hope you enjoy the show!