OPINION: Should You Watch the Original Gundam TV Anime or Movies?

The most important question of our time, answered definitively at long last (for sure) 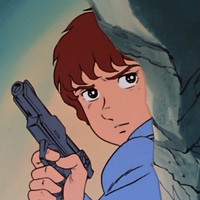 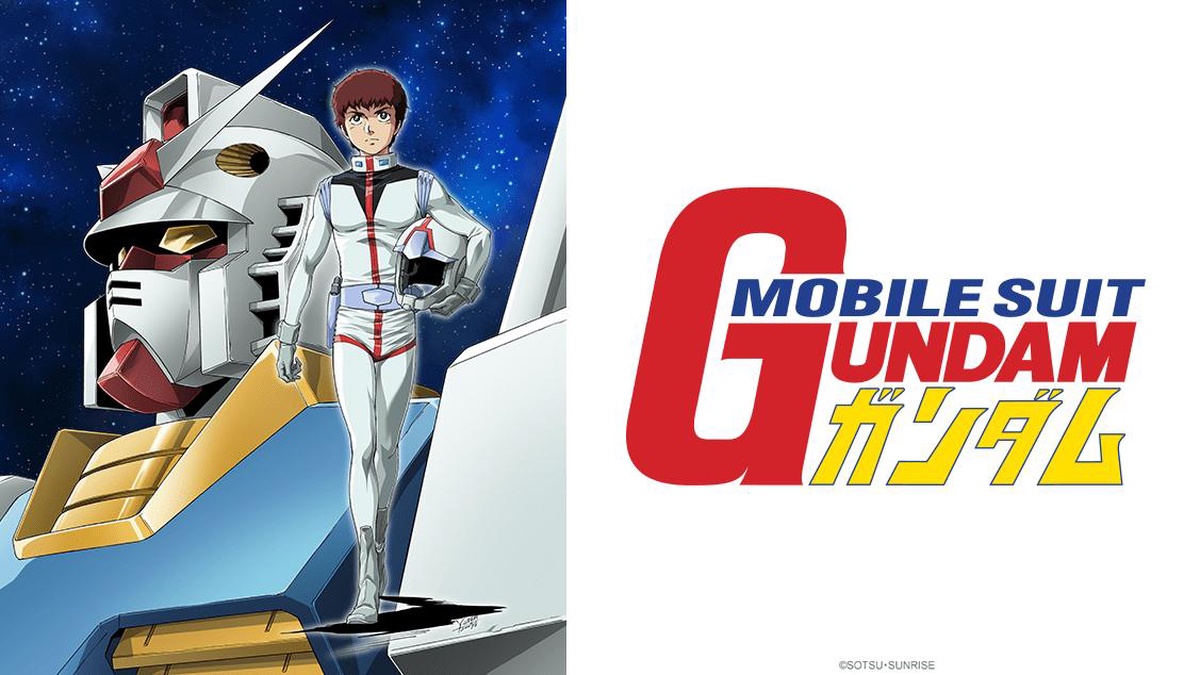 We live in a wonderful time, specifically because there's currently a new Gundam TV anime on the air, Mobile Suit Gundam: The Witch from Mercury. With that comes a welcome legion of new fans who, understandably, want to figure out where to go from here. If you have your sights set on the original show that started it all, you're not alone, but there's a very specific fork in the road that lies ahead.

When you look at the legacy of Sunrise's Mobile Suit Gundam series now, you'd never guess that it once garnered such poor ratings in Japan that it had its total number of episodes cut down and even went off air prematurely in some locations. You can read more about this in the essays within Hideki Ohwada’s wonderfully sensationalized The Men Who Created Gundam manga, which also covers how stupendously it bounced back during its rebroadcast in 1981. The 1979 TV anime that started it all was as scrappy as the folks behind it—from the daring and bold direction of Yoshiyuki Tomino to the unmatched artistry of Yoshikazu Yasuhiko and designer Kunio Okawara—and through the sheer force of being a damn good television show it eventually enjoyed the success it deserved after its initial airing. This success led to not one, not two, but three theatrical movies that served as compilations of the original 43-episode series.

The Mobile Suit Gundam film trilogy is a landmark piece of work, but if you're just now looking to dive into the franchise, where should you begin? 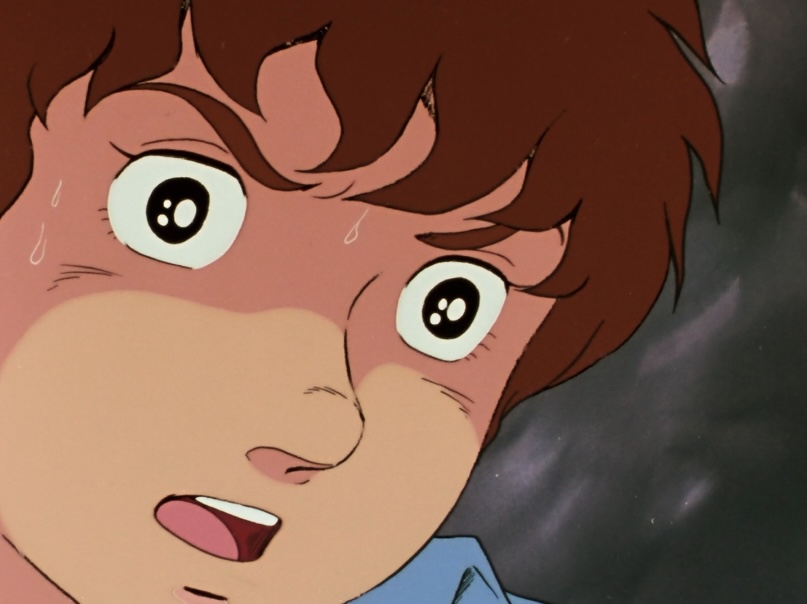 This is a question that tends to come up whenever we're dealing with compilation projects. After all, if you don't have time to watch a full TV series, it makes sense to go for the overview with a concise feature, right? But aren't you missing the full picture if you just soak it all in as a highlight reel? Don't worry, I’m here to help. By the time you're done with this article, you won't have to make such a potentially life-altering decision on your own!

At 42 episodes—43 if we count the "lost" episode, "Cucuruz Doan's Island," which was recently resurrected as a feature film of its own—the Mobile Suit Gundam anime takes us through all the intimate trials and tribulations of war. From the moment young Amuro Ray first stumbles into piloting the Gundam his father designed, to the climactic moments that put him face to face with the Red Comet himself, Char Aznable, Gundam is a meaty series full of memorable characters and some truly iconic mechanical designs. 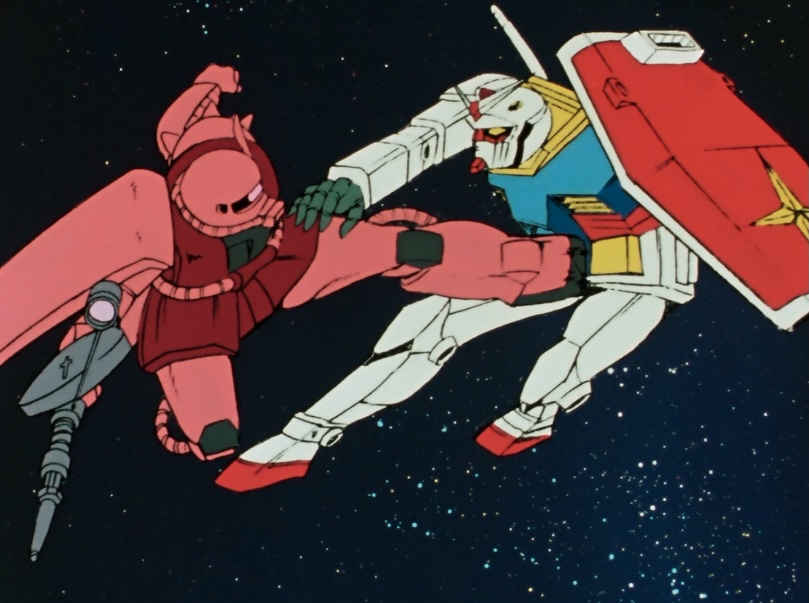 Far from a slog, the pacing of the series gives viewers a better sense of the ups and downs of Amuro's time aboard the fledgling mothership known as the White Base—AKA the Trojan Horse—and his growth as a mecha pilot and a reluctant participant in a larger war. Amuro isn't the only member of the White Base crew who's new to the battlefield both on the ground and in the far reaches of space.

Half of the ship's notoriety comes from the fact that it’s full of civilians who have been thrust into combat against their will. It's all perfectly summed up with the meme of the dude shouting "Wow!! Cool Robot" while looking at a Gundam firing the "WAR IS BAD" message over his head, except for the fact that you'd have to close your eyes and ears to miss even a fraction of what Tomino is going for here.

The nice thing about watching this all play out over the course of 40+ episodes is it gives you a real creeping sense of the psychological ramifications involved in Amuro's journey aboard the White Base, while experiencing a gradual build toward learning more about the next hope for humanity, Newtypes.

On the other side of the coin, Char Aznable's story arc paints a deeper vision than that of a villain nicknamed the Red Comet. Char's past and how it plays into his motivations throughout the series is a key piece of the puzzle, and the execution is truly nuanced. Even the way Char nearly forgets about his ambitions while getting embroiled in his ever-escalating conflict in pursuit of what, at least to the Principality of Zeon, is essentially two white whales in one package, is perfectly human. 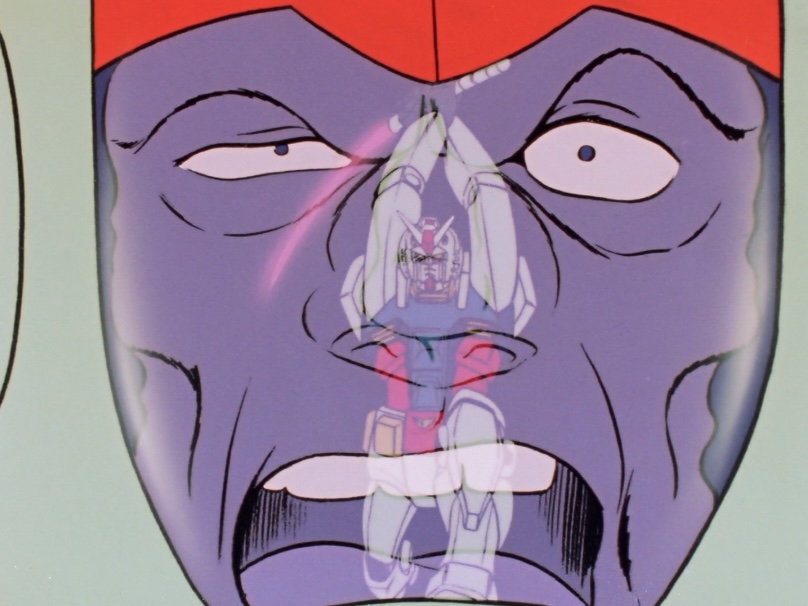 The Mobile Suit Gundam Movie Trilogy isn't just your average set of compilation films looking to make a quick theatrical buck with some hurried editing. Some of the aspects of the series were remixed or removed to better suit the overarching themes and new footage was worked in where possible, especially in the case of the third film. It's not a completely different experience, but both the omissions and additions are noticeable and welcome if you have the rare opportunity (and free time) to watch both the show and movies back-to-back.

With that in mind, you should definitely expect to miss out on some of the minutiae. The first film fits 10 episodes into the first 90 minutes alone, ultimately covering up to Episode 12, "The Threat of Zeon," and that's the pace we're rolling with until things start to air out a bit and expand into their own with the third film and its build toward an explosive climax. To put it simply, the film trilogy is missing a lot, and a lot of what it's missing is that grueling take on war that's part of what makes Gundam special. 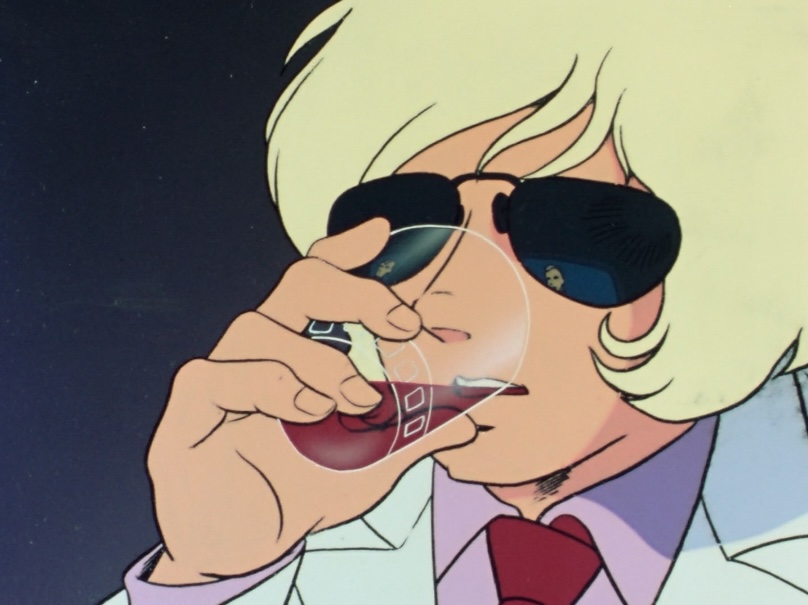 On the other hand, it also excises some of the less stellar components, including some of the z-rate mecha designs that pop up intermittently, so maybe the trade-off is worth it. The heartbreak doesn't hit as hard, but you get all the major emotional and story beats, and each film is punctuated with a truly timeless pop ballad that fits the theme of the narrative. That's right, if you watch the TV show only, you're going to miss out on the rousing crescendo of Takajin Yashiki's "Suna no Juujika" in the first film.

How would you know how to deal with your complex emotions at the end of the second film, Mobile Suit Gundam II: Soldiers of Sorrow, without the help of Daisuke Inoue's electric "Ai Senshi"? Would the closing of Mobile Suit Gundam III: Encounters in Space be as heart-pounding without Inoue's return to the mic crooning "Meguriai"?

The short answer: No!

The long answer to whether you should watch the movies? "Yes, my sweet, yes, my sweetest!" 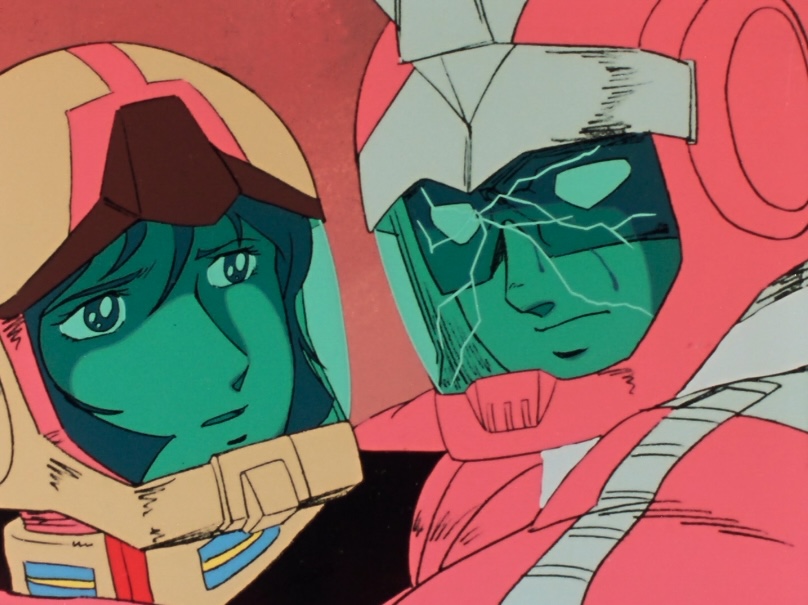 Should you watch them instead of the TV series, though? I've been wrestling with this very question ever since I did my own recent marathon of the whole shebang. I know it would be disappointing to come to the end of this article only to be Bright-Noah-slapped in the face with a noncommittal "why not both?" shrug, so I'm going to have to take a side here.

When you take the full picture into account—from the story and themes Mobile Suit Gundam is trying to get across, to the troubled-yet-still-groundbreaking production by then-fledgling anime studio Sunrise and all the swelling orchestral beats and now-iconic sound design that paved the way for the future of the series—I gotta go with the movies. I love the original Gundam TV anime and plan to watch it all over again, but whenever I need my quick fix of Amuro Ray and the rest of the White Base crew, I'm riding with the movies all the way.

Whichever path you end up choosing, you can rest assured that—no matter how you may feel about the aging of its aesthetic—the classic Mobile Suit Gundam anime has held up remarkably well for over 40 years. War will always be bad, giant robots will always be cool, and we'll always have Gundam by our side to shout both exclamations to the rooftops in some form or another.

Grab Your Own Cool and Hots Charms from Mobile Suit Gundam: The Witch from Mercury TV Anime