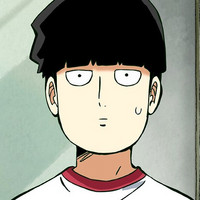 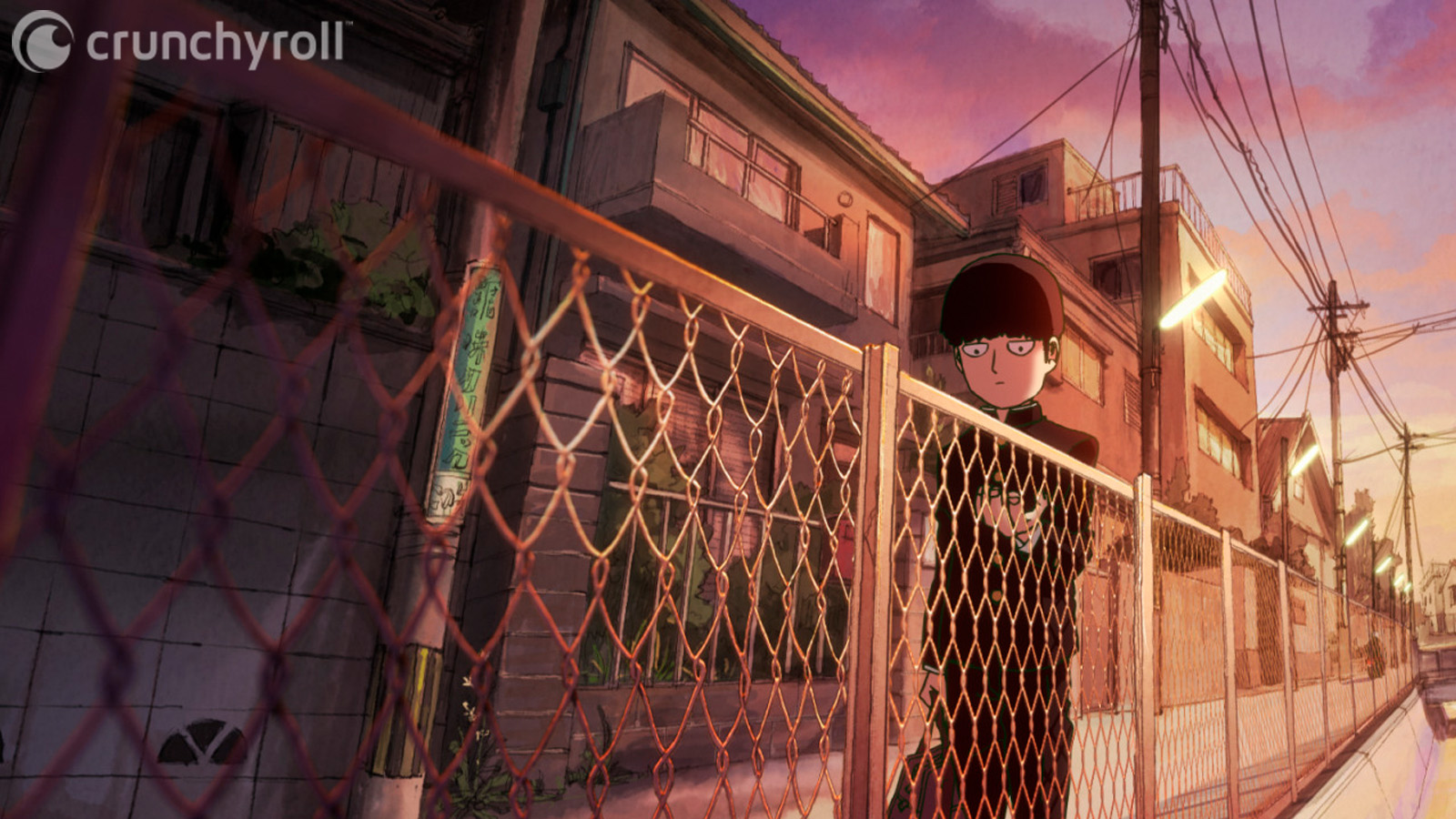 Since its very first season back in 2016, Mob Psycho 100 has had many things going for it. From how much heart its characters have to its poignant look at what makes a person special or not, there’s a lot to love about the show. But I'm not here to talk about what makes this show great under the surface, I'm here to look at that shiny surface-level charm that is the visual spectacle gifted to us by the artists at studio BONES.

Yeah, we’re here to look back at the most amazing moments from the show’s three seasons from an animation standpoint.

This might come as a weird choice considering how many amazing sequences the show offers us, but I can’t help but recognize the importance of those few seconds at the start of the first episode of the series. BONES showed us their vision for Mob Psycho 100 by giving us a fireworks show like no other, flexing their muscles to declare their intention to wow us throughout those first 12 episodes. I remember seeing that episode back in 2016 and thinking, “OK, I'm hooked,” and boy was I right in feeling like that. Right out the gate, this show was swinging for the fences with Yuzuru Tachikawa as episode director and Yoshimichi Kameda as animation director for some of its best episodes.

Dimple’s appearance in Episode 3 not only gave us one of the most entertaining sidekicks in anime but also showed us how much of a terrible idea it is to get on Mob's bad side as we discover what it means to make our main character go over the edge. It’s a very short scene and there's certainly more elaborate sequences down the road, but this was a tantalizing appetizer for things to come. The moment Mob goes 100 percent for the first time, the animation intentionally went way off-model and it was so much better because of it. This series is not your regular anime where character designs and proportions are to be respected, it's more of an art-house project, and this moment is a reminder of that freedom, allowed by Katsuya Shigehara as episode director and Gosei Oda as animation director. 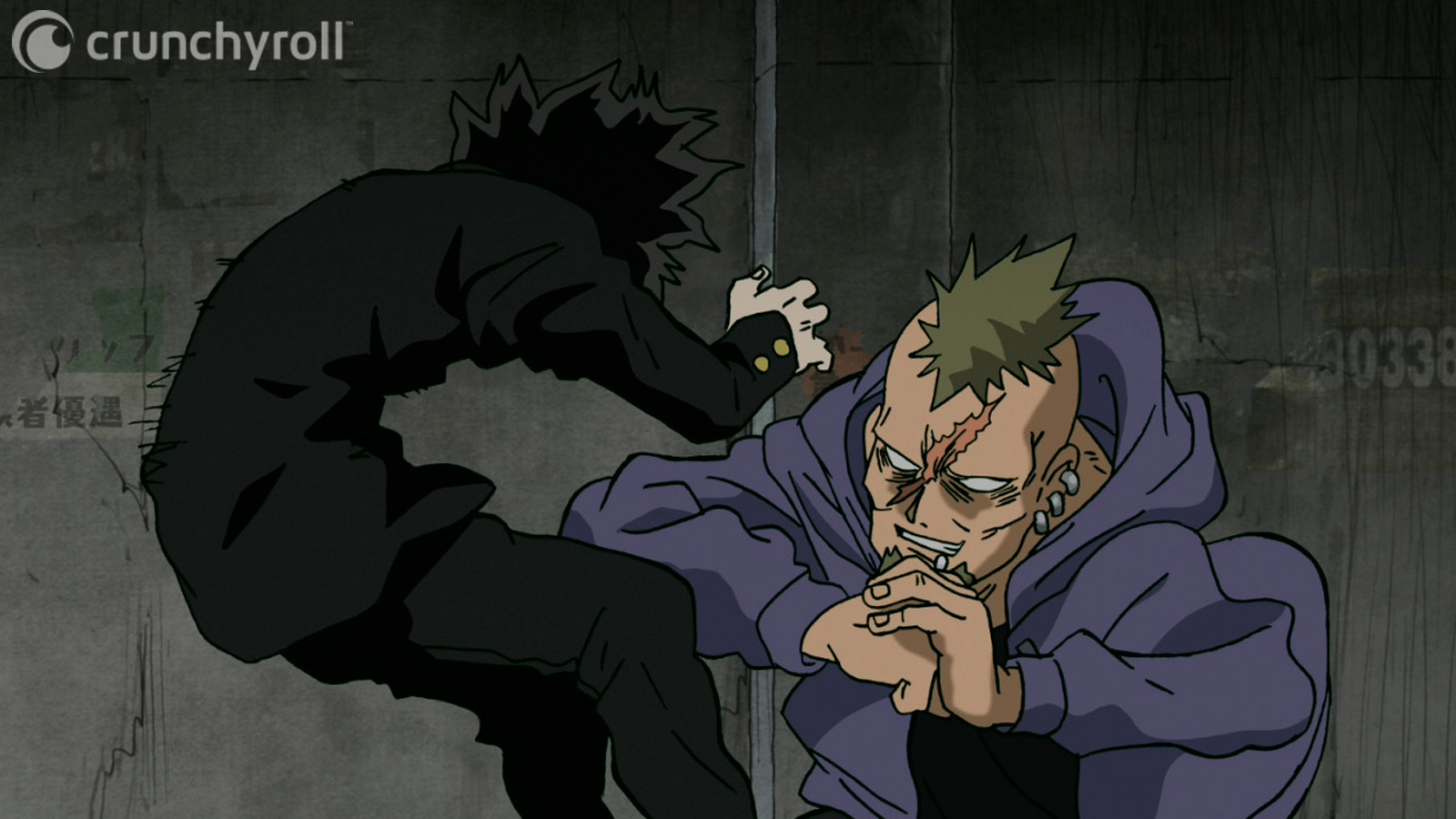 What can I say about Mob’s first real fight against a capable foe? And how much can I praise animation director Yoshimichi Kameda and BONES for that incredible animation work? This dynamic encounter is elevated by the rough line work and the snappy movements on display. The impact of each attack is undeniably heavy and thematically it shows us the easiest way to push Mob's buttons: messing with his family, especially his younger brother Ritsu. An exciting and cool animation moment and the second time Mob goes 100% because that fight with Teru in Episode 5 was not a real 100 percent Mob. 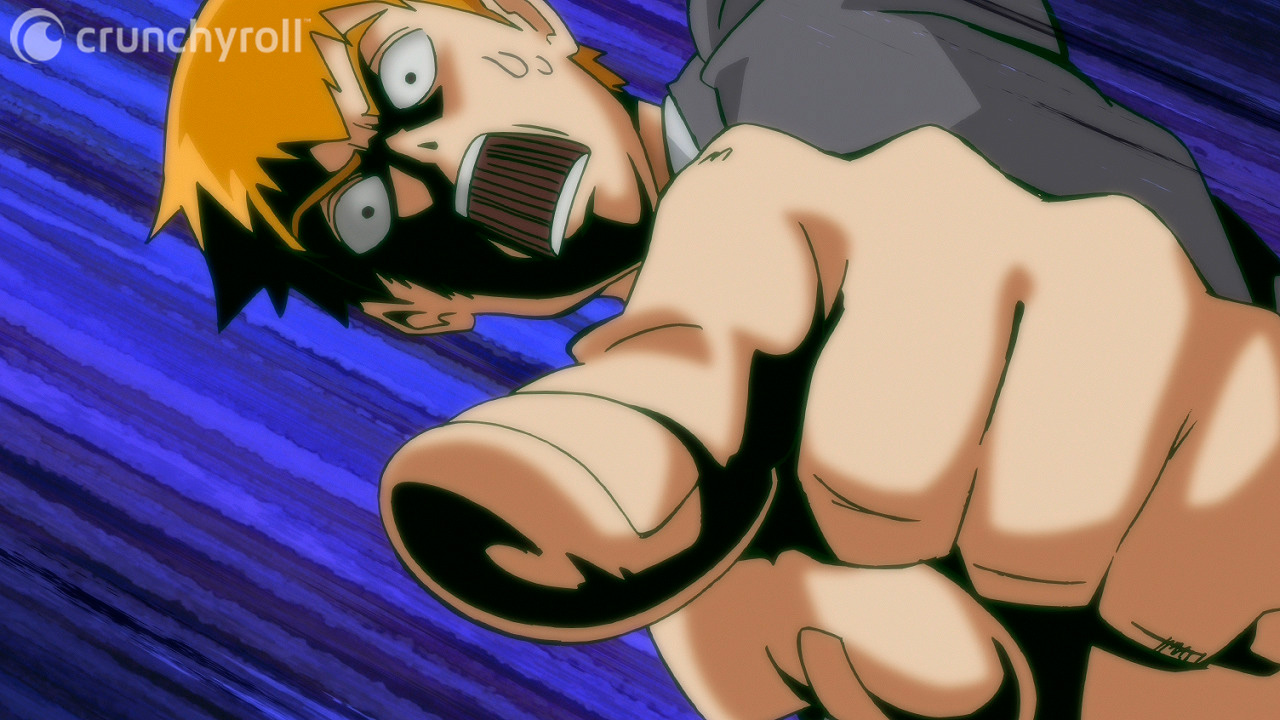 Let’s be real, as cool as it is seeing Mob kicking ass there’s not a moment in the first season with as much hype as when we see Reigen taking his place to absolutely obliterate the whole of Claw's 7th Division using Mob’s powers. That episode, whose animation was also supervised by Kameda, let us enjoy Reigen’s theatrics as he confronts Ishiguro, giving us very interesting shots during that short but intense "fight." It also gives us extremely detailed monochrome drawings when Reigen is comforting Sakurai and later ridiculing Muraki's fashion sense. Supervised by Kameda, the whole sequence is golden, especially since we get to see Mob relax and let someone else take charge. No one is better than Reigen to take the load off his shoulders.

When Mob and Reigen are hired to free Minori Asagiri they end up going against the evil spirit of the former psychic Keiji Mogami. Their fight comes to a head in season two’s fifth episode and it’s a sight to behold. Hakuyu Go was in charge of the animation direction, storyboard and episode direction for this episode and he delivered one heck of a visual experience. The animation on display is stunning. The ideological mental battle between Mob and Mogami, highlighted by their psychic fight, is so grand and its conclusion so touching that I can’t help but be amazed at how this show handles things when delivering the payoff of its arcs.

This is yet another scene in which the hype goes through the roof. After catching a falling Mob, Musashi, the captain of the Body Improvement Club is forced to fight Hiroshi Shibata's psychically-augmented muscular strength. All hope seems lost, but Dimple possesses Musashi, unlocking the full power of his muscles. What follows is a literal show of the strength of hard work… with a little help from a certain spirit. The sequence, with animation supervised by Naoto Uchida, is full of strong lines on the character designs, especially in that “hurricane throw” at the end of the fight. After Dimple un-possesses Musashi's body and the rest of the club members celebrate the victory of their captain, while they toss Musashi in the air in celebration, Shibata gets back up. Luckily Mob wakes up and resolves the issue, but Musashi and Dimple are the MVPs.

Shimazaki vs. Everyone - Season 2, Episode 11

Ryo Shimazaki’s fight with pretty much everyone sans Mob in Episode 11 was another animation highlight. At the start of yet another impressively animated fight, Shimazaki dominates every esper around. That is until Teru steps up his game and starts reading his attack patterns. After that, the counterattack by the espers is an authentic visual spectacle showcasing all their individual techniques with fast-paced camera work, courtesy of the team lead by animation director Nayumi Okashiwa and episode director Itsuki Tsuchigami. It was a sight to behold with many ups and downs, but ultimately Shimazaki awakens to his "Mind's Eye” and seemingly wins the fight… until Reigen saves the day with yet another of his “techniques.” Or rather, it was Mob’s overwhelming presence that won the day again.

The final confrontation against the leader of Claw once again gives us a banger of a fight, reaching levels similar to that other show (One Punch Man) based on a manga by One. While experiencing different 100 percent emotions, Mob forces Toichiro to use more and more power until he reaches a breaking point. 100 percent Courage Mob’s fist impacting against his foe’s while shouting "Body Improvement! Fight On!" was probably the highlight of the duel and the peak of the animation work itself for that season, with Yuzuru Tachikawa masterfully directing the episode. All the times they collided were punctuated by the animation work of BONES. What a way to cap that amazing second season, at least when it comes to the action.

When Dimple fused with the Divine Tree in the third season, resulting in the creation of Psycho Helmet, he finally achieved his dream of becoming a God. Although in terms of emotional impact, the heart-to-heart with Mob is the greatest moment in the episode, we can’t disregard the fight between the former evil spirit turned friend and the entity born from the Divine Tree, masterfully animated by the team led by Yūta Kiso, who also storyboarded and did Key animation for the episode. Dimple’s desperately trying to protect the unconscious Mob gives the fight a sense of urgency and the music and claustrophobic feel inside of the tree highlight just that. Once again we have a fast-paced fight, with imaginative composition shots and dynamic animation, but with a sense of foreboding that tells us what might come. The conclusion is absolutely heart-wrenching.

Seeing Teru’s growth from a selfish kid overindulging in his power to a loyal friend of Mob is one of the greatest things about this show, so this short and one-sided rematch between the young esper and the other side of Mob’s psyche is incredibly emotional. That showdown in the forest was visceral, brutal. A standout moment, in terms of animation, is the moment when ??? throws Teru out of the forest and into a building. We can feel the strength of the throw, the speed at which the broken body of Teru is flying. Naoto Uchida and Hiromi Niwa team up really well as episode and animation director respectively in this episode and you can’t help but feel in awe of their talent. The fight ended with the young esper shouting at the top of his lungs how he’s Mob’s rival while saving the innocent bystanders around him. It is a fitting scene for Teru, a character that has been there from the start, serving as a foil for Mob.

What BONES has done with Mob Psycho 100 over its run has been a crowning achievement in visual storytelling and animation. This is truly a fundamental show that every anime fan should experience.

What about you? What are the best animation moments of Mob Psycho 100 for you? Let us know in the comments below.

Amílcar Trejo Mosquera is a writer for Crunchyroll News. He also writes for O'kuroku Webzine (in Spanish, sorry) and you can find him on Twitch, Twitter or Instagram.

Tags
mob psycho 100, mob psycho 100 iii, mob, one, bones, yuzuru tachikawa, takahiro hasui
« Previous Post
Dress to Impress with Shirts from Mobile Suit Gundam: The Witch from Mercury TV Anime
Next Post »
Is It Wrong to Try to Pick Up Girls in a Dungeon? Series Reveals New Mobile RPG
Other Top News
0 Comments
Be the first to comment!
Sort by: