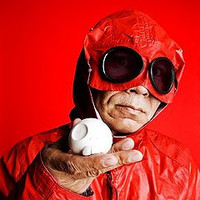 While discussing his new, 3D Hara-Kiri: Death of a Samurai, as well as general concept of ritual suicide, director Takashi Miike confirmed the rumor that an adaptation of  Phoenix Wright: Ace Attorney is on his slate.

Asked if he was tired of his reputation for violence, Miike responded: "I know there is an audience out there who expects violence in my films, but I am not going to put a lid on violence. Also it depends on the film I am working on. If my character commits violent acts, it becomes violent. Hari kiri for a samurai is not violent, it is their way of life."

He laughed: "To have blood, all one has to do is slit the arm of an actor."

But in his next film, there will be very "little blood": "It is a very light comedy that I am filming now, a court drama, based on a video game, the Nintendo game DS."