A new red band trailer has surfaced for the Conan The Barbarian movie. 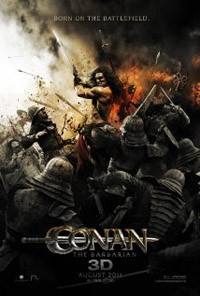 A new red band trailer has surfaced for the Conan The Barbarian movie. Warning, this new trailer features footage not suitable for small children.

Jason Momoa (Game of Thrones) plays the iconic warrior, made popular in the 80s by Arnold Schwarzenegger. In addition to his breakout role on Game of Thrones, Jason also appeared as a regular in Baywatch, The Game and North Shore.