Newest Member of AKB48 Revealed to be Computer-Generated

Newest member was a computer-generated composite of six members 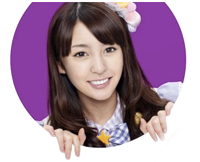 It was revealed on Monday that AKB48's newest member was a computer-generated composite image generated from the faces of six existing members. Aimi Eguchi became the new face of the confectionery line from Glico (Makers of Pocky, Pretz and Almond Chocolate) and raised a few eyebrows in the online community. The truth was revealed when a mini documentary titled "The Birth of Eguchi Aimi" was unveiled on the Glico website.

Watch this Anime Expo video to learn more about the group