See the Poster and a Leaked Trailer for the Movie 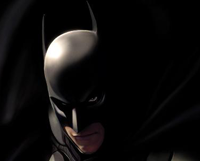 A new teaser poster for The Dark Knight Rises was recently revealed. This will be the third and final film in the Christopher Nolan trilogy, which also included Batman Begins and The Dark Knight.

In Other Batman News:
Casting Announcements for The Dark Knight Rises