Champions from Across the Globe Will Compete in Toronto 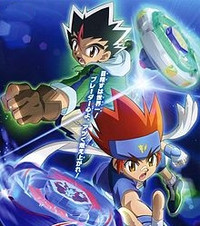 Developed in 1999, Beyblade became wildly popular, selling more than 160 million units in 55 countries. It's a high-performance version of a spinning-top game called "begoma". A new generation was introduced in 2008 with the name "Metal Fight: Beyblade" or "Beyblade: Metal Fusion" (North America). After the relaunch, an Asian championship was held in 2010 in Seoul.

Regional and national tournaments will be held in the later half of 2011 to determine the participants. Currently, there are seven schedule battle grounds for the US championships.

Click for more information about regional and final competitions

LET IT RIP! Live-Action Beyblade Movie in the Works with Jerry Bruckheimer Producing