Live-action film is based on Minoru Furuya's manga 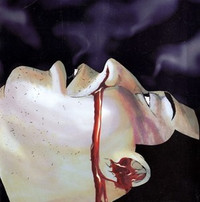 The Venice Film Festival—which runs from August 31 to September 10 in Venice, Italy—has added the latest from director Sion Sono (Suicide Circle, Cold Fish) to its list of competing films. Himizu, based on Minoru Furuya's psychological manga of the same name, will make its world premiere and compete at the film fest.

The movie was filmed in Ibaraki Prefecture, and is currently being edited for the premiere in Venice. According to Sono, he had to rewrite the film's story prior to shooting due to the Great Eastern Japan Earthquake and events surrounding the disaster.

Himizu follows Yuichi Sumida (played by 18-year-old actor Shota Sometani), a middle-school boy who longs to lead a normal life, but nevertheless descends into darkness as the result of a certain incident. The heavy story is in stark contrast to mangaka Furuya's other work, which includes Ike! Ina-chuu Takkyuubu, the crass gag manga that was adapted into the Ping Pong Club TV anime. Himizu originally ran in Kodansha's Weekly Young Magazine from 2001-2003.