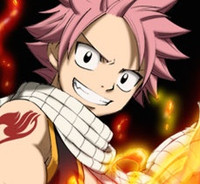 Fairy Tail, A-1 Pictures and Satelight's anime adaptation of Hiro Mashima's manga, is about to get its guild license renewed. Kodansha's Weekly Shonen Magazine confirms the return of Natsu and co. for a 3rd year on TV.

The 3rd year of Fairy Tail is set to begin this September, and it all kicks off with the "Tenrōjima" story arc. Kodansha is currently publishing the manga in North America, and the anime is available to stream at Crunchyroll.