China and Italy Runners Up 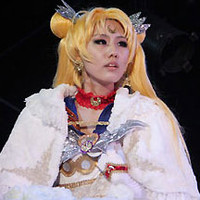 This is Brazil's third win and the Olivas siblings' second, having previously won in 2006.

From the picture gallery here.