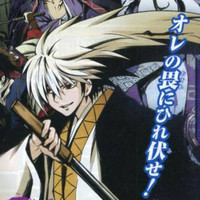 Konami has announced that Nura: Rise of the Yokai Clan – Great War of a Hundred Gathering Demons, a fighting game adaptation of the Shonen Jump manga series, will be hitting Playstation 3 and XBox 360 in Japan on November 17th.

VIZ Media publishes the Nura: Rise of the Yokai Clan manga and streams the anime in North America.

Rikuo Nura lives in Ukiyoe Town and looks like your typical junior high student. But unlike his classmates, he lives in an old, Japanese-style house full of yokai that serve him. Unbeknownst to many, Rikuo is the grandson of Nurarihyon, who is the leader of all yokai. Rikuo is regarded as the Third Heir of the Nura Clan, but he has yet to officially take his seat.

Great War of a Hundred Gathering Demons will feature a roster of characters from the Nuragumi, Onmyoji, and Kyoto Yokai, which can be selection for fighting game action.

Via The Magic Box

« Previous Post
No Final Fantasy Versus XIII at Tokyo Game Show
Next Post »
Walmart is Already Selling Nintendo 3DS at $170
Other Top News
10 Comments
Sort by: