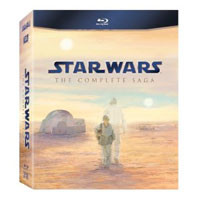 Closer to the release date of the Star Wars Trilogy Blu-Ray edition, reports are surfacing that George Lucas is making a few not so subtle changes to the films. These changes include making Darth Vader less menacing, making Ewoks even creepier, giving Obi-Wan auto-tune and of course, the infamous Cantina scene. In this age of video and media, why ruin these scenes even further with needless exposition? See for yourself.

The Complete Saga Blu-Ray Edition will be released on September 16. Keep in mind that the following video clips have not been confirmed as the actually changes. Entertainment Weekly did however confirm that similar if not identical changes will be made in the release.