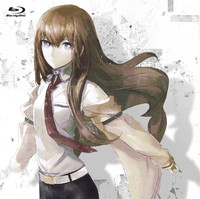 At the end of the final TV episode of Steins;Gate earlier today in Japan, it was announced that production of Steins;Gate the Movie had been green-lit. Outside of the announcement video, no further details have been revealed.

5pb head Chiyomaru Shikura had actually tweeted the announcement prior to its actual reveal at the end of the episode.