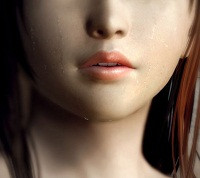 Last month during Tokyo Game Show, we brought you the announcement of Dead or Alive 5, the newest addition to Team Ninja's brutal, breastacular brawler.  Part of the announcement was a few minutes of gameplay--a match between series heroes Hayabusa and Hayate.  Maybe they're still working on the jiggle physics, that's why it's an all-guy trailer this time around.

While Dead or Alive has never been particularly balanced or competitive, it really shines in just being fun, which this trailer shows off nicely.  I'm definitely looking forward to what an Itagaki-less Team Ninja can do on its flagship series--what about you?  Think this will lead to a Dead or Alive Xtreme 3?

Puzzle Bobble Everybubble! Gets Poppin' on Nintendo Switch This May