Harakiri, Other Films that Inspired Takashi Miike on the Way 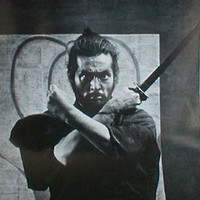 Former anime distributor and now Japanese film distributor AnimEigo has announced plans for 2012, which include offering the movie on which Takashi Miike's 13 Assassins was based. The Shogun Assassin (the localized Lone Wolf and Cub) movies will also be collected in a Blu-ray set.

If classic samurai films are your cup of green tea, you'll love Eiichi Kudo's Samurai Revolution Trilogy, consisting of 13 Assassins (1963, aka The Thirteen Assassins -- recently remade by Takashi Miike), The Great Killing (1964, aka The Great Duel) and Eleven Samurai (1967).

And if stellar swordplay is your bowl of rice, then you'll be pleased to know that the complete 5-film Shogun Assassin series, dubbed into English, will be released in a Blu-ray collector's set.

SYNOPSIS: Following the collapse of his clan, an unemployed samurai (Tatsuya Nakadai) arrives at the manor of Lord Iyi, begging to be allowed to commit ritual suicide on the property. Iyi’s clansmen, believing the desperate ronin is merely angling for a new position, try to force his hand and get him to eviscerate himself—but they have underestimated his beliefs and his personal brand of honor. Winner of the Cannes Film Festival’s Special Jury Prize, Harakiri, directed by Masaki Kobayashi is a fierce evocation of individual agency in the face of a corrupt and hypocritical system.