"Wanted to spread our favorite manga" 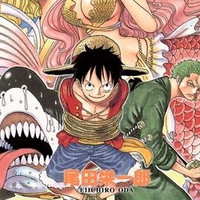 It has become a regular report from Japan. Consumer and Economic Division of Fukuoka Prefectural Police announced that by October 16 they have arrested six men (age 31-46), including a 36-year-old part time worker from Yao-city, Osaka, on suspicion of using Share file-sharing software to upload 42 manga/anime/game items to the internet without the permission from the copyright holders from April 2010 to May 2011.

One of the items the report mentioned is Eiichiro Oda's super popular manga ONE PIECE. The gross amount of the loss was 4,400,000 yen (approximately US$57,254). All suspects have admitted their guilty and testified to the police, "We wanted to spread our favorite manga." Did they really need to spread ONE PIECE, the best-selling manga ever in Japan, to the people even more? What's your thought?