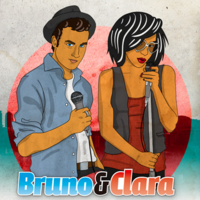 Simultaneously with the release of Vocaloid 3 in Japan, "Voctro Labs", the official site of the world's first Spanish VOCALOID voicebank for the application, BRUNO and CLARA, was officially opened. The product is scheduled to be released in Spain in December this year. They have already posted a demo song PV "Juntos Tú y Yo" (you and me together?) on YouTube. How do you like them? Will they be as popular as Hatsune Miku and other Vocaloids?

Tags
vocaloid
« Previous Post
Be Prepared To Wait For Next "Game of Thrones" Novel
Next Post »
English Dub Cast for "Loups=Garous" Anime
Other Top News
39 Comments
Sort by: