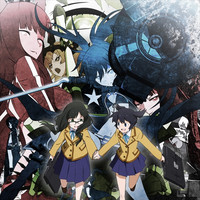 The Black Rock Shooter on TV trailer that was revealed last week has been updated to reveal the key staff for the 8 episode series that will air during the noitaminA block in January.

The announced staff is as follows: