Another "Assassin's Creed" Game Coming in 2012

No surprise really, but the franchise continues to grow 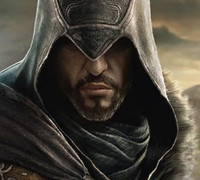 Ubisoft CEO Yves Guillemot has confirmed what pretty much everyone suspected during a conference call with investors today. A new Assassin's Creed game will be hitting store shelves before the end of 2012.

This title should mark the end to modern-day protagonist Desmond Miles's story—which kicked off in the first game in 2007—and it looks like it will also deal with the world-ending 2012 plot around which the series has been built. As Guillemot said last month, "In Assassin's Creed we set up a timeline with this whole end of the world plot of December 2012 … That's fast approaching, and the story we have to tell, we obviously need to do it before we arrive at that point."

I still have some catching up to do, but I'm certainly planning to stick around with the series so long as the quality remains high. Anyone else planning to dig into Revelations this month?