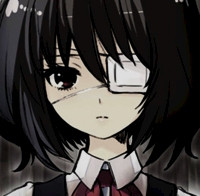 Following up on the July news of the Another anime adaptation being confirmed, the anime featuring character designs by Noizi Ito will now premiere on January 9th, 2012 with the following voice actors confirmed in the respective roles:

Additionally, the following artists have been confirmed to perform the opening and ending themes:

Special thanks to Crunchyroll member BattlerEndless9 for the tip!

Humberto Saabedra is the Editor-in-Chief of AnimeNews.biz and is also an occasional columnist for Ani.me. He can also be found rambling about rolling tubes on Twitter @AnimeNewsdotbiz.

QUIZ: Which of These 6 Horror Anime Should You Watch for Halloween?