Adaptation set to premiere in Japanese theaters on March 17 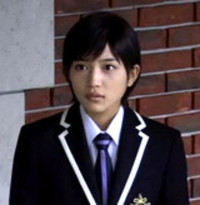 The story of Ouran High School Host Club centers on Haruhi Fujioka, a high school freshman who pretends to be a boy in order to pay off a large debt to the school's wealthy Host Club. The live-action TV adaptation made its premiere in Japan in July.

10 Live Action Adaptations of Anime You Might Not Know About