Evangelion, Ghost in the Shell 2 and Dennou Coil Won Prize in Previous Years 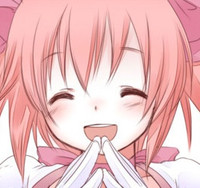 The Science Fiction and Fantasy Writers of Japan announced magical girl deconstruction anime Puella Magi Madoka Magica was among five works nominated for the 32nd Nihon SF Taisho Award. This is the first time in three years that an anime title has been nominated for the award. Neon Genesis Evangelion, Innocence: Ghost in the Shell 2 and Dennou Coil won the prize in previous years.

The first three are novels. The last is a work of nonfiction.

via Asahi Shimbun and @animeresearch