Second Volume of New Avatar Comic Scheduled for May, 2012 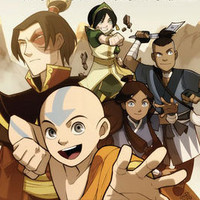 Crunchyroll News is thrilled to present an early look at the second part of Dark Horse's upcoming release of Avatar: The Last Airbender -  The Promise, the new adventures of Aang and his friends, written by National Book Award for Young People's Literature finalist Gene Luen Yang (American Born Chinese) with art by Gurihiru, the Japanese team behind Avatar: The Last Airbender – The Lost Adventures.

The book, created with cooperation from Avatar creators Michael DiMartino and Bryan Konietzko, will offer a link to the upcoming animated sequel, Legend of Korra.

The first 80 page graphic novel is set to be released on January 25, with part two scheduled for May 30th.

Gene Luen Yang recently posted this video look at the work going on behind the scenes on the epic comic.

VIDEO: "The Legend of Korra" Video Game: Behind The Scenes with Platinum Games