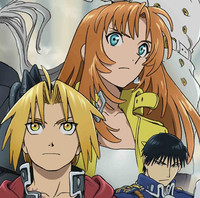 In the run up to the theatrical run slated for next month, the English theatrical trailer for the Fullmetal Alchemist: Sacred Star of Milos feature film has been posted to YouTube and can be seen below. As previously reported, the theatrical run will stretch across select cities in the US while the film will be shown across Canadian theaters.