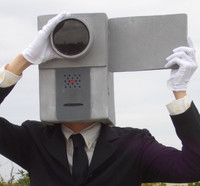 The current leading opposition party in the National Diet of Japan, LDP (the Liberal Democratic Party), and the second party Komeito have jointly drawn up a bill that aim to punish people who illegally download music and films by their internet access on December 7. The bill states that the illegal downloaders are subject to a maximum imprisonment of two years or a fine of two million yen (approximately US$25,756). Asking for cooperation with Democratic Party of Japan, the current ruling party, they are planning to submit the bill to the Diet next year.

As we have reported, illegal uploading are subject to criminal punishment by the copyright law in Japan. Though it is also stated as illegal act, there have been no criminal penalty for downloading contents by the internet access. Should the Diet of Japan pass the bill? What's your opinion?