Animetal USA Wants Your Requests for Their 2nd Album

The album scheduled to be released in Spring 2012 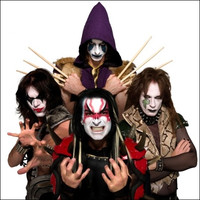 The official site for Animetal USA, a heavy metal unit that specializes in metal covers of anime and tokusatsu themes, has announced today that they start accepting cover song requests for the second album which is scheduled to be released in Spring 2012. Several lucky people selected in a lottery will receive the autographed Animetal USA posters and the names of the people whose requested songs are picked up for the album will be on the booklet of the album.

The closing day for application is December 21. You can send your request via the official site, Twitter, and Facebook. Which anime song do you want them to play? They have already performed these songs in the first album.

3. "Mazinger Medley" from the Mazinger series

6. "Ai o Torimodose!" from Fist of the North Star

The members of ANIMETAL USA are: