A collection of themed art, plus creator appearances 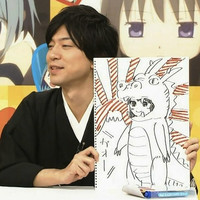 The NHK news and talk show about manga, anime, and video games, Mag Net, had a "New Year's First Moe Drawing" segment, a pun on the tradition of practicing calligraphy at the beginning of the new year.