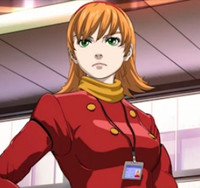 Kenji Kamiyama (Ghost in the Shell: Stand Alone Complex, Eden of the East) has been merging his anime development with advertising work. He used Shintaro Inshonomori's team of fugitives sci-fi, Cyborg 009 in a Pespi promo leading up to the announcement of the upcoming 3D film, 009 Re:Cyborg. Now, the Cyborgs are parlaying their revived stardom into more commercials.