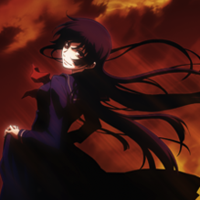 If you were on the edge of your seat waiting for Dusk Maiden of Amnesia (Tasogare Otome Amunejiia) info, here is your moment! The official website recently popped tons of info about characters, songs, and more about this new spring anime. Let's dig in...

The opening song will be the debut of the 5th ANIMAX All-Japan Anime Song Grand Prize, Konomi Suzuki:

It will be produced by the prolific Aki Hata, who did the theme for The Melancholy of Haruhi Suzumiya and Saki, among others.

Maybe (Meibii)'s original manga is serialized in Monthly GanGan Joker. The staff of the anime are Baka and Test alum:

The story revolves around first year junior high schooler Teiichi Niiya establishing a Paranormal Research Club to help a ghost who haunts the school, Yuuko, remember how she died and why she's a ghost. Apparently his school, Seikyou Academy, has lots of ghost stories to investigate...