"Sakamichi no Apollo" and more 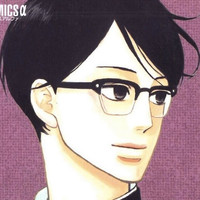 The prize winners in the 57th Shogakukan Manga Awards were announced today.

The story takes place in Kyushu in the '60s and is about students who make friends through jazz music. It's serialized in Monthly Flowers and recently got green-lit for anime:

Serialized in Cheese!, it's the story of two Kabuki actors, one who comes from an established family and one who rose through the ranks due to his hard work. You can imagine they're already rivals, but they even end up falling for the same girl...

This one is also up for the Cartoon Grand Prize. Via a time slip, a normal high schooler ends up living as Oda Nobunaga during the Warring States period under the pressure that he can't change history by not uniting Japan.

The manga based on Level-5's soccer role-playing game ran in Monthly CoroCoro until October of last year.

Kaiji Kawaguchi (Zipang, A Spirit of the Sun)