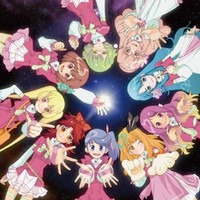 Following a public audition, a cast for AKB0048, the sci-fi anime based on pop idol troupe AKB48, has been selected. Members include Ishida Haruka, Iwata Karen, Sato Amina, Sato Sumire, Nagaya Sayaka, and Watanabe Mayu from AKB48, Hata Sawako and Yagami Kumi from SKE48, and Mita Mao from NMB48. The cast will also sing the anime's theme.

General director (and Macross co-creator) Shoji Kawamori commented, “Before the casting auditions, I had an idea of which member would suit which role to a certain extent. However, after having them try out different roles and putting them into groups of four to practice dialogues, I began to see new possibilities. The staff as a whole had lots of heated debates, and finally decided on this cast.”

AKB0048 is a science fiction series that takes place in the 21st century. In this alternate universe, a war breaks out and forces mankind to leave the Earth; under such circumstances, entertainment becomes heavily regulated and the idol groups slowly die out. Yet one idol group, called ‘AKB0048′, is determined to rise up and live free lives.