Another man arrested for selling pirated "ONE PIECE" discs 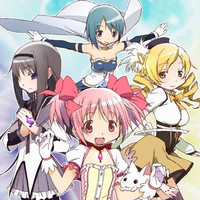 Yet some people don't stop illegal anime uploading. On February 21, Tochigi station of Tochigi Prefectural Police arrested a 27-year-old unemployed man from Itakura-cho, Gunma, on suspicion of using Share file-sharing software to upload one episode of the popular anime series Puella Magi Madoka Magica to the Internet without the permission from the copyright holder around November 16, 2011. According to the police, the suspect admitted his guilt. *Madoka Magica is officially streamed by Crunchyroll to North America.

Also, the cyber-crime unit of Consumer and Economic Division of Miyagi Prefectural Police and Sendai Minami station arrested another 27-year-old unemployed man of no fixed abode on suspicion of selling 57 pirated DVD-Rs including ONE PIECE 8th Season: Water 7 arc piece.1 and Eureka Seven 1 on Internet auction sites during July 16 to August 17 in 2011. The suspect testified to

the police that he had sold the discs for living expenses. The investigation indicates he had earned

at least three million yen (approximately US$37,647) in three months until he was arrested.