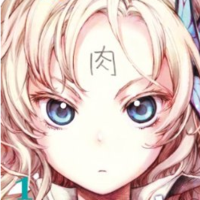 Japanese police has been chasing after not only illegal anime uploaders but also manga uploaders persistently. On February 28, Cyber Crime Section of Community Administration Division of Hiroshima Prefectural Police arrested a 25-year-old grad student from Sanyoonoda-city, Yamaguchi, on suspicion of using Share file-sharing software to upload the fourth episode of the manga series Boku wa Tomodachi ga Sukunai+ to the Internet without the permission from the copyright holder, Shueisha, on November 3, 2011.

According to the police, the suspect admitted that he had downloaded the files he wanted using Share. The police has already seized his PC and hard discs from his house at the day of arrest. Boku wa Tomodachi ga Sukunai+ is a spin-off manga of Yomi Hirasaka's popular light novel series. It is written by Misaki Harukawa and illustrated by Shoichi Taguchi, and has been serialized in the