Documentary will screened on March 14th for a special charity engagement 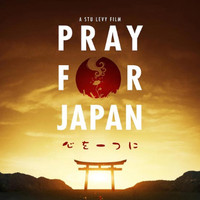 Pray for Japan, Tokyopop helmer Stu Levy's documentary about the aftermath of Japan's March, 2011 earthquake, will be screened on March 14th for a special charity engagement.

Planned theaters and locations include:

On March 11, 2011, Japan's Tohoku coastal region was destroyed by a 9.0 magnitude earthquake and devastating tsunami that followed. PRAY FOR JAPAN takes place in the devastated region of Ishinomaki, Miyagi - the largest coastal city in Tohoku with a population of over 160,000 people. Filmmaker Stu Levy - an American living in Japan - filmed the tsunami aftermath during his trips to Tohoku as a volunteer and over a period of 6 weeks, captured over 50 hours of footage. PRAY FOR JAPAN focuses on four key perspectives of the tragedy - School, Shelter, Family, and Volunteers. With each perspective we meet victims who faced significant obstacles and fought to overcome them. Through these four vantage points, the audience is able to understand the vast ramifications of this large-scale natural disaster - and the battle these real-life heroes fought on behalf of their loved ones and their hometown.