The animated invasion continues in August 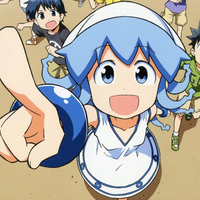 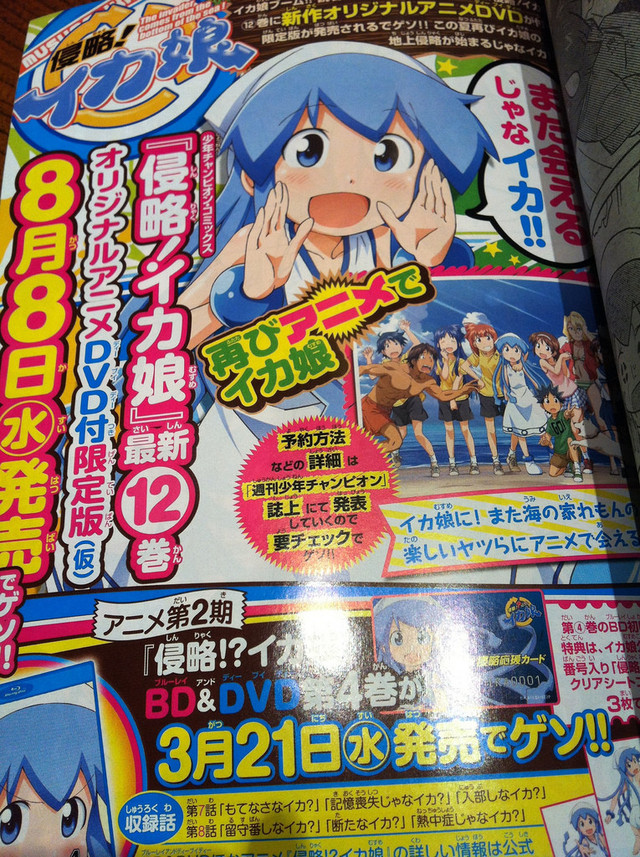 The bottom of the picture advertises the 4th volume of the home video release of the second season of Squid Girl (Shinryaku!? Ika Musume) which will include an Invasion Supporter Card w/ serial number and clear sheets.