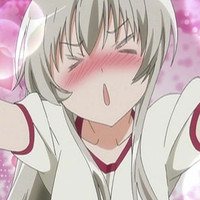 A video surfaced from a recent episode of Anison Plus where the cast of Nyarko-san: Another Crawling Chaos talks a bit about the new 30 minute series (as opposed to the shorter flash episodes):

They discuss the world: "Well, the time is the present..." But of course all the characters are "very peculiar." They also talk about the opening and ending themes, which we've covered previously.