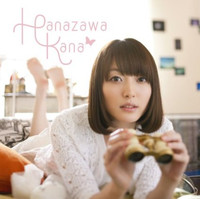 Approximately a month ago, it was announced that Kana Hanazawa was going to be making her solo debut. Now, her official site is streaming a short music clip to promote her first single which goes on sale in April. The video contains a short introductory comment by her followed the music clip about halfway through. Also making an appearance in the video is fellow voice actress Yuka Iguchi (Tsukihi Araragi in Nisemonogatari). The video can be found on the left hand side of the front page.

Her first single, Hozhizora Destination goes on sale April 25th, with the limited edition containing a 12 page booklet and a DVD with the full size music clip for the song "Hoshizora Destination."  All songs on the single are arranged and composed by ROUND TABLE's Katsutoshi Kitagawa. Her future singles are planned to be released quarterly.

Tags
kana hanazawa
« Previous Post
Next Anime Up for a Stage Play is "Brave 10"
Next Post »
XSEED Bringing "Unchained Blades" to 3DS eShop
Other Top News
13 Comments
Sort by: