VIDEO: Vocaloid Gumi Gets Weird in "My Crush Was A Monster Boy" 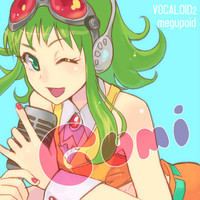 It's not quite as warped as "God's an Energy Cheapskate," but Gumi gets a bit strange in "My Crush Was A Monster Boy." Check out the work by Shokubai Phantom Girl below.

Now, Gumi goes for some excitement in "Silver Bullet."

Speaking of Vocaloid excitement, Kagamine Rin's "Propaganda" has had some radioactive controversy around it. The debate around its lyrics and the related Vocaloid community politics lead to producer Karasu Yasabou leaving the scene.