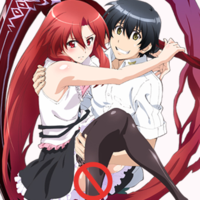 We announced the cast the other day, but now there is character art to go with the info: 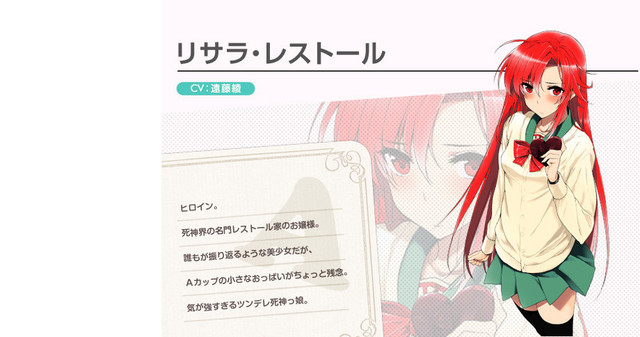 Risara will be voiced by Aya Endou (Matsu in Sekirei) 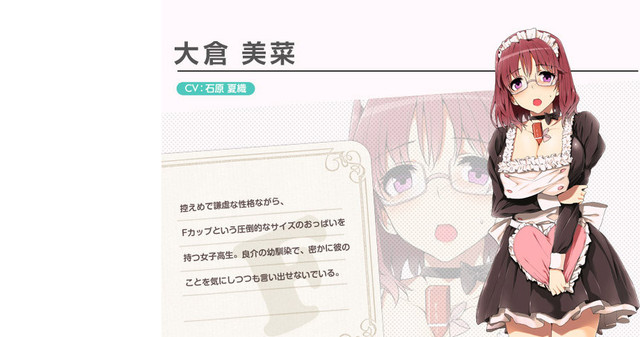 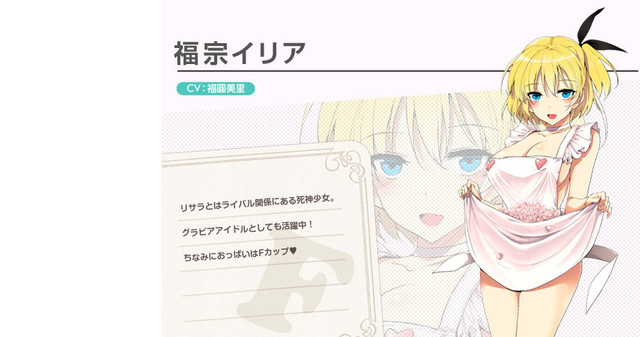 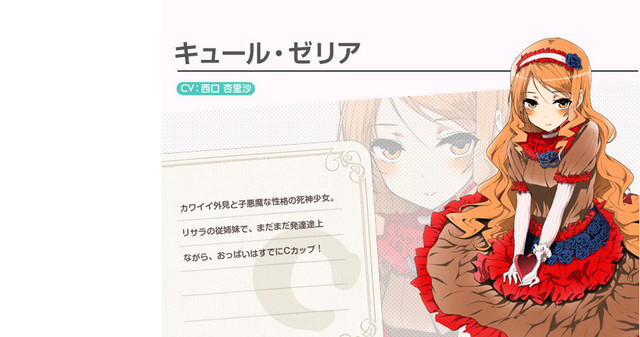 Kyuuru will be voiced by Arisa Nishiguchi (roles in Ro-Kyu-Bu!, Persona 4) 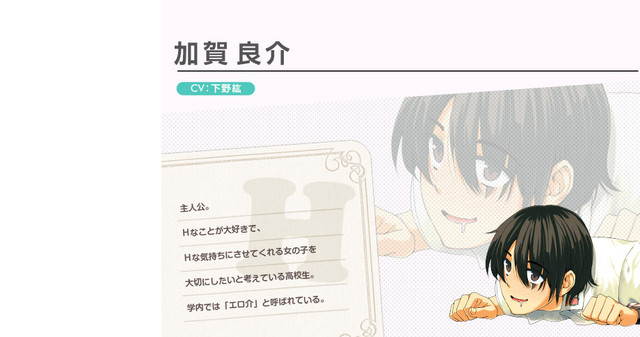 Would you rather be able to get nasty with any girl who'll have you or live with a beautiful death goddess? Ryousuke doesn't have a choice anymore because he already made a pact with Risara... Who is keeping an eye on this one? Dakara Boku wa, H ga Dekinai is slated to air beginning in July.

Update: If you can access the site with Windows OS, there is a game in the Special tab that rewards successful players with the wallpaper you uncover while playing. 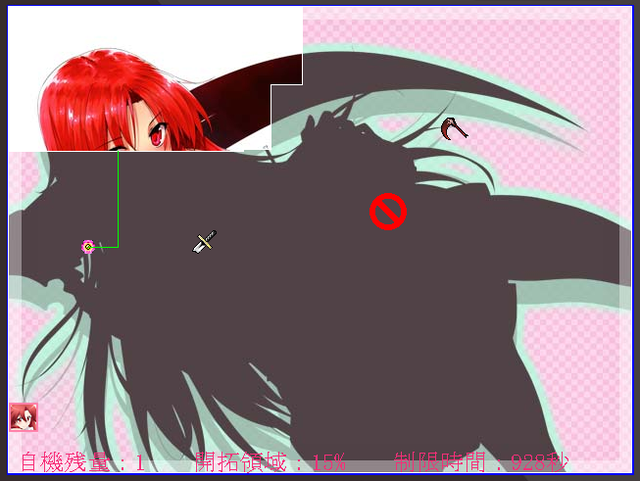