JSDF Office in Tottori Reveals Their Own Bishoujo Characters

To appeal "friendliness" of Japanese military to young Japanese otaku 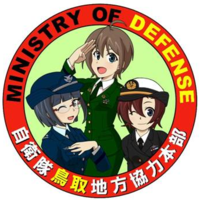 Recently Japan's Self-Defense Forces (JSDF) is well-known for their use of moe/bishoujo girls as official mascot and promotional characters to attract young Japanese. The trend is still continuing. JSDF's Tottori Provincial Cooperation Office has revealed their three official bishoujo characters. The girls were designed by a female student named Pachiko who lives in Yonago-city, Tottori. They spent about six months to produce the characters. Each girls represent JSDF's three branches, Army, Navy, and Air Force. Captain Takeshi Okeya who is in charge of the project explained, "Many of anime fans are in the age group we can employ as a member of JSDF. We want to promote JSDF with the concept of 'easy to access' and 'friendly'." Will all the JSDF bases have moe/bishoujo characters in near future? 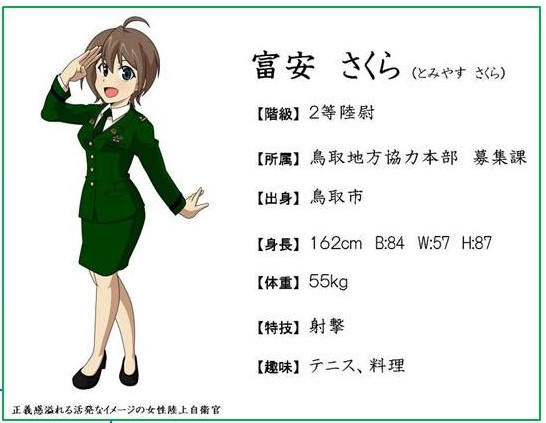 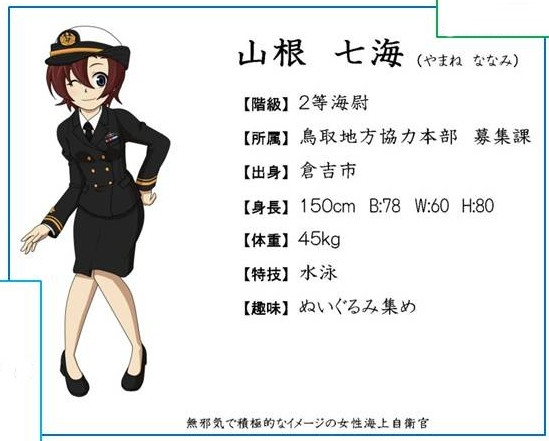 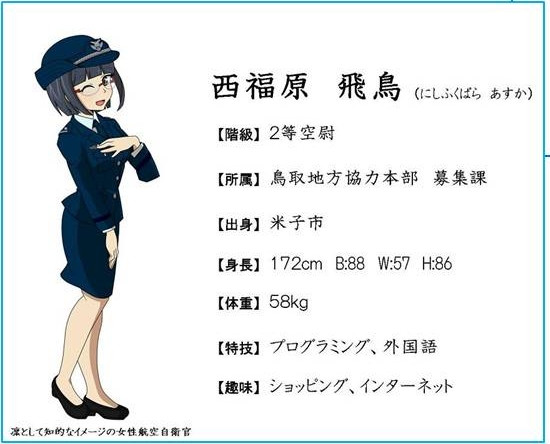