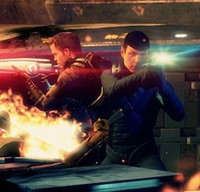 I'm a huge Star Trek fan, so I was especially satisfied with the 2009 movie reboot by J.J. Abrams. It took what made Star Trek great (the characters, the setting) and ditched all the stupid crap from almost fifty years of series history (Treknobabble, treating the Enterprise like a creaking jalopy). It made Star Trek honestly cool, and that in itself was kind of a big deal.

Star Trek video games have also tended to be on the weaker end of the spectrum, with only a few standout titles relegated to PC like Star Trek: 25th Anniversary and the Elite Force series. So what happens when you combine the new Star Trek universe with solid game design? 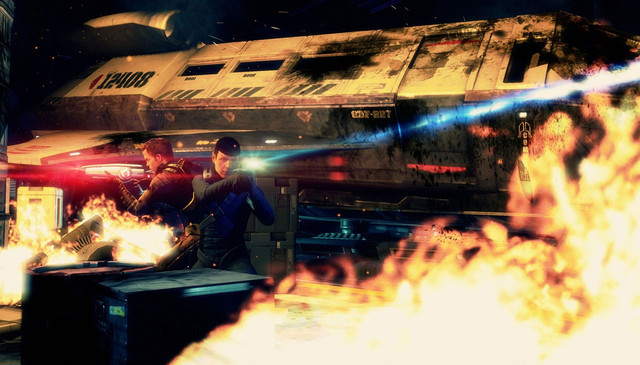 In early 2013 we'll get a chance to see, as Star Trek hits PS3 and 360 with a fast-paced action game, heavily focusing on co-op elements. In a nice change of pace, "co-op" won't just mean "two guys shooting in the same direction," as playable characters Kirk and Spock will each have different abilities they bring to the table. 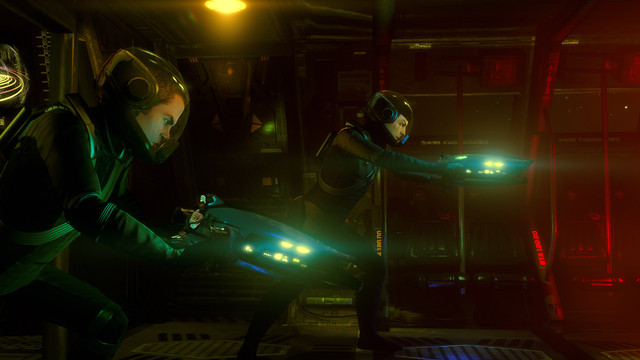 While both characters have the same run-and-shoot controls, Kirk plays rougher, almost like Uncharted's Nathan Drake. His phaser and melee attacks do more damage, and he's not as sleek or refined in his movements as Spock. Spock is described as a "space ninja," using stealth and unique character abilities that let him temporarily control enemies, or use a Stasis attack that knocks enemies out and lets them wake up not knowing what happened to them. Players will not only have to adapt to each character's differences, but will have to use them to work together. In addition, scanning crew members and in-game areas with Tricorders will also help with solving the game's puzzles and navigating minigames.

It's always nice to see co-op done differently--I love how Resident Evil 5 is a hilarious, chaotic brawl as opposed to the clinical precision of most co-op actioners, and Star Trek looks like it'll be in the same vein. What do you think? Are you going to take on the galaxy's worst with Kirk and Spock?

"Star Trek" Director May Be in Line to Direct "Star Wars"