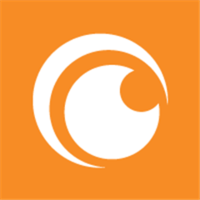 If you've been looking for a new avenue to watch anime, Crunchyroll has announced an app that's now available on the Windows Phone Marketplace. Starting today, members throughout most of the world will be able to stream titles on mobile devices running Windows Phone 7.5.

Some of the compatible devices include the HTC 7 series, the HTC Titan, the Nokia Lumia Series, and the Samsung Omnia W.

You can download it on the Crunchyroll app's Windows Phone Marketplace page worldwide except in China and the Middle East. Over 30 simulcast titles—Hunter x Hunter, Naruto Shippuden, Kids on the Slope, and more—are available to stream, and premium members can view both those and series throughout the catalog on the app without ads.

Anyone here with a Windows compatible phone plan on trying the app out?

Joseph Luster is the Games and Web editor at Otaku USA Magazine. His blog can be found at subhumanzoids. Follow him on twitter at @Moldilox.