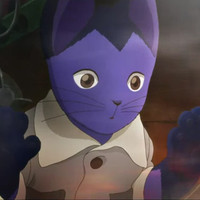 The works of children's writer/poet Kenji Miyazawa are beloved by many and influenced anime and manga greats from Leiji Matsumoto to Hayao Miyazaki. That's probably why the bankruptcy of an anime studio couldn't stop Miyazawa's The Life of Guskou Budori from returning to theaters.

The Life of Guskou Budori was previously adapted by Ryutaro Nakamura (Kino's Journey) in 1994.